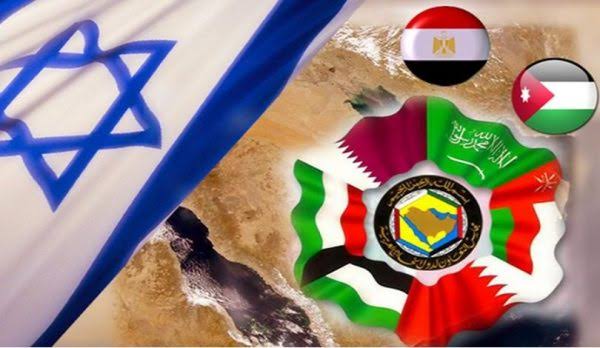 President Donald Trump has issued a joint statement by the United States, Israel and Bahrain announcing Tel Aviv and Manama’s intention to establish full diplomatic relations.
“Another HISTORIC breakthrough today! our two GREAT friends Israel and the Kingdom of Bahrain agree to a Peace Deal – the second Arab country to make peace with Israel in 30 days!” Trump wrote in a tweet accompanying the statement.

As per the statement, Israel and Bahrain agreed to normalize ties following a telephone conversation between Israeli Prime Minister Benjamin Netanyahu, Bahraini King Hamad bin Isa bin Salman al-Khalifa and Donald Trump.
“King Hamad and Prime Minister Netanyahu express their deep appreciation to President Trump for his dedication to peace in the region, his focus on shared challenges, and the pragmetic and unique approach he has taken to bringing their nations together,” the statement adds.
A Bahraini delegation is expected to join Israeli and UAE officials in Washington, DC on Tuesday for the formal signing of normalization treaties between Tel Aviv and Abu Dhabi, and Tel Aviv and Manama.
Netanyahu Confirms Deal
Netanyahu confirmed that Israel would be signing the treaty later Friday, saying the agreement opens a “new era of peace” in relations.
“For many long years, we invested and peace, and now peace will invest in us, will bring about truly major investments in Israel’s economy – and that is very important,” Netanyahu said.
The Bahrain News Agency said in a statement that King Hamad had ‘reiterated’ to Trump and Netanyahu the need to reach ‘a fair and lasting peace’ between Israel and Palestine on the basis of a two-state solution.
The Palestinian Authority and Hamas have condemned the agreement, with the former calling it a “betrayal” and the latter describing it as another “treacherous stab” against the Palestinian cause.
The UAE’s foreign ministry offered its congratulations to both Israel and Bahrain for the agreement, with foreign ministry spokeswoman Hend Al Otaiba tweeting that the “significant and historic achievement” will “contribute enormously to the stability and prosperity of the region.”