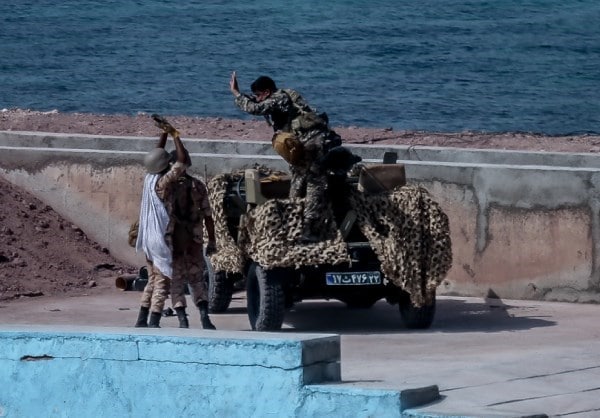 The Iranian army said that it issued warnings to U.S. drones that approached the area of ​​maneuvers being conducted east of the Strait of Hormuz, the Sea of ​​Oman and the northern part of Indian Ocean, stressing that they turned away after receiving the warnings.
Shahram Irani, the spokesman for the “Zulfiqar 99” maneuvers, which began on Thursday morning, said that the army’s air defense forces issued warnings to foreign planes and asked them to stay away from the general area for the exercises.
He said that a change in the behavior of the U.S. drones has been observed since yesterday, noting that the Air Force and Navy units, including P3F and F-27s and reconnaissance aircraft, have issued warnings to foreign forces to leave the maneuvering area.
Irani indicated that “American reconnaissance planes were working to collect information from the area of ​​the exercises,” stressing that they were “forced to leave the area, after realizing the readiness of Iran’s monitoring, control and defense systems.”
The ground, air and naval forces of the Iranian army began wide-scale maneuvers in the southern part of the country, for a period of three days, and the army said that it would witness tests of launching cruise missiles from the “Fateh” ship and helicopters.
Source: RT