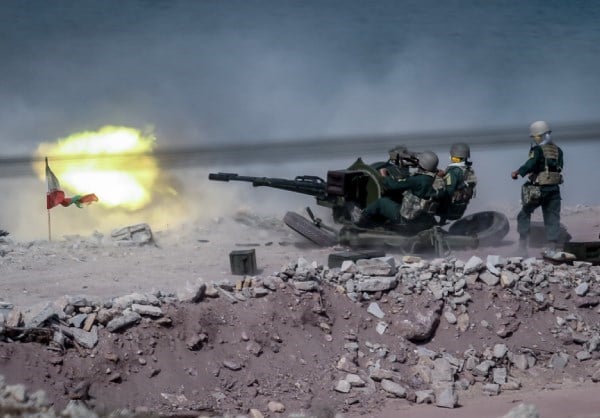 The Iranian Tasnim News Agency revealed on Thursday that the ground forces of the Revolutionary Guards carried out the largest military operation in its history against forces it described as ‘hostile’ on the northwestern borders of the country.
Although the agency close to the Revolutionary Guard did not mention the nature, name, and location of these enemy forces, it indicated that the operation led to the disruption of the hostile groups’ bases on the borders.
The agency said: “The Revolutionary Guard carried out a series of large-scale operations to destroy a large number of headquarters of the enemy terrorist groups, near the border wall in northwestern Iran, and seized large quantities of weapons, ammunition and mines.”
The Tasnim Agency claimed that the IRGC killed a large number of ‘important’ elements and wounded a number of other enemy forces, during the operation, which was carried out using drones, artillery and guided missiles of the ground forces of the Revolutionary Guard.
The Islamic Republic has not issued any official statement about the operation, nor has the Tasnim Agency released any more details.
The Islamic Revolutionary Guard Corps has been involved in several clashes with the Kurdish-led separatist groups along the borders of Iraq and Turkey; however, the news report did not specify if the IRGC operation was targeting these factions.