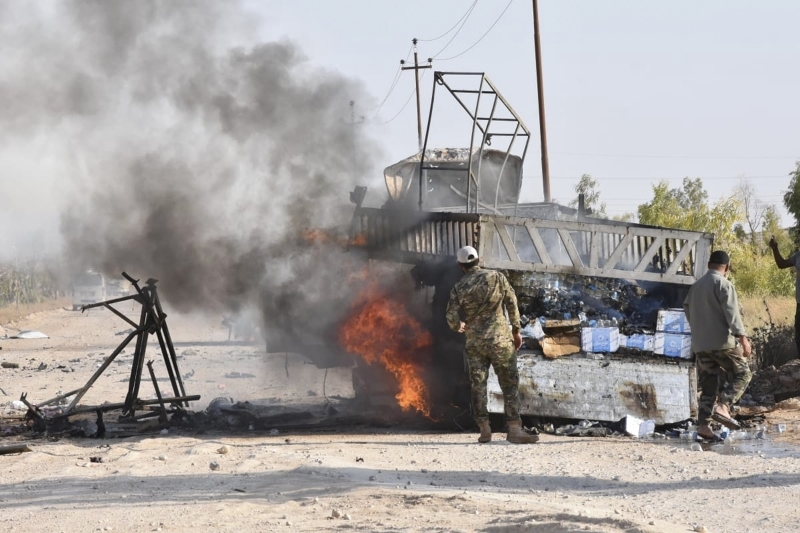 The first explosion took place when an IED (Improvised Explosive Device) was detonated in ‘Abbara Haj Wasfi’, a market of shops opposite the main post office on the city’s main road.

Exchanged bombing between terrorists loyal to the Turkish madman Erdogan has become a common scene in this area of Syria ever since the region was first invaded by NATO-sponsored anti-Islamic suicide bombers of FSA, then Nusra Front, then ISIS, and now an assorted terrorist groups. The entirety of Syria was among the safest countries in the world before the US-led war of terror was waged against it under the guise of colored revolution.

The identities of the victims are not revealed to the public yet, most likely just ordinary citizens who refused to leave their homes despite Erdogan’s intimidation and the terror panic his terrorists are spreading in order to Israelize the region – settling families of foreign and Syrian terrorists brought from other regions and work for Erdogan in place of the original locals and later Turkify the area.

Ras Al-Ayn is one of the oldest cities of Syria, it’s bordering what now is known as Turkey and it’s under the Turkish army and al Qaeda occupation.