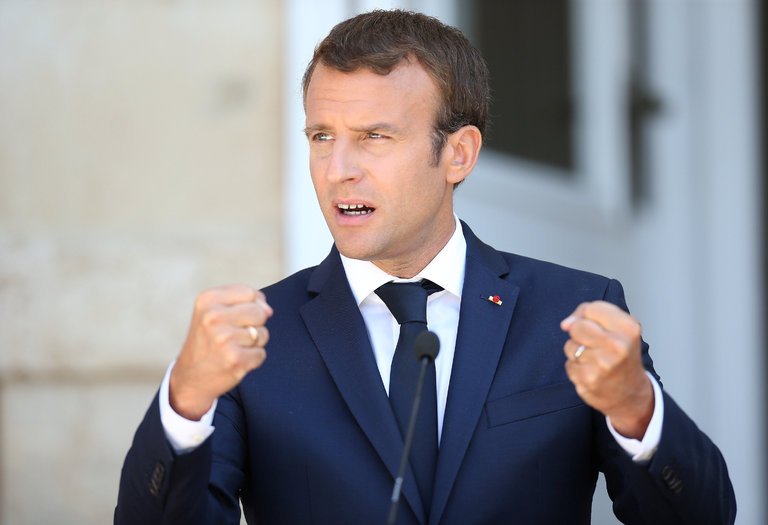 ‘Turkey is not a partner in the eastern Mediterranean’: Macron

French President Emmanuel Macron said on Thursday, that European countries will try to work to reach a unified policy on Turkey, pointing to the need to take a strict approach against Turkish President Recep Tayyip Erdogan, in light of the escalating tensions in the eastern Mediterranean.
Macron stated during a press conference in Ajaccio, on the southern island of Corsica, that “work will be done to reach a unified European policy on Turkey,” adding that there is a desire to “avoid escalation.”
The French President also stressed, in light of tension with Ankara, that his goal “is to reactivate an effective dialogue with Turkey,” stressing “the need for Europeans to follow a serious and strict approach with Erdogan.”
In his speech, he indicated that “Turkey is no longer a partner in the eastern Mediterranean region.”
These developments come amid escalating tensions in the eastern Mediterranean between Turkey and Greece, two members of the North Atlantic Treaty Organization (NATO).
France has increased its military presence in the eastern Mediterranean region as a result of this tension. Macron confirmed in the middle of last month that this step comes temporarily “in order to respect international law” after Turkey’s decision to resume oil exploration in the region.
Source: RT