Home Security US to Reduce Military Presence in Iraq to 3,000 in September 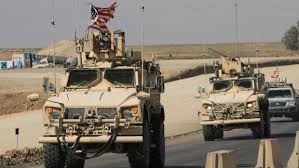 The United States will remove around 2,200 troops from Iraq by the end of this month in a significant drawdown of its military presence in the country, Central Command (CENTCOM) chief Gen. Frank McKenzie said on Wednesday.
“In recognition of the great progress the Iraqi forces have made and in consultation and coordination with the government of Iraq and our coalition partners, the United States has decided to reduce our troop presence in Iraq from about 5,200 to 3,000 troops during the month of September,” McKenzie said during a change of command ceremony in Baghdad.
On Tuesday, a senior administration official said US President Donald Trump would announce a significant reduction in the military presence in Iraq later on Wednesday and also in Afghanistan in the coming days.
Mckenzie said the remaining US troops in Iraq will continue their current mission of providing assistance and advising their local partners.
The CENTCOM commander expressed confidence in the capability of the Iraqi forces to prevent the Islamic State terror group (banned in Russia) from making a resurgence and to maintain security in the country.
Mackenzie said the United States would continue to cooperate with its partners in the region to counter the Islamic State and expand programs to strengthen the Iraqi military.
“This decision is due to our confidence in the Iraqi Security Forces’ increased ability to operate independently,” McKenzie said, adding that it is a clear demonstration of the US commitment to help Iraqis defeat terrorists.
On June 11, the United States and Iraq held the first Strategic Dialogue meeting. After the talks, the United States confirmed that it would continue reducing its military presence in Iraq after the country’s parliament’s voted earlier to expel all foreign forces.
Source: Sputnik