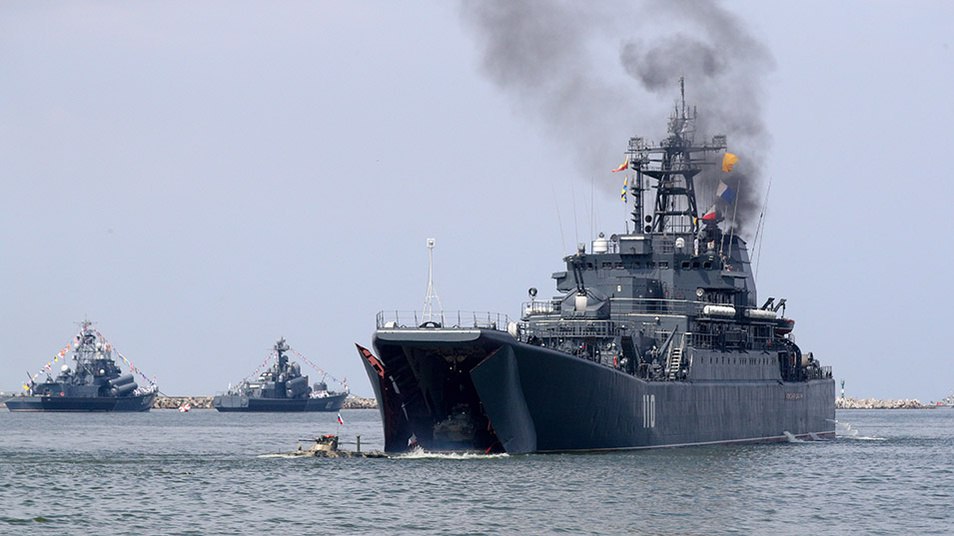 A large number of Russian warships were recently tracked off the coasts of Syria and Cyprus in the eastern Mediterranean region, the Russian publication Avia.Pro reported.

According to the online publication, “experts are seriously concerned about the presence of at least 15 Russian warships and submarines off the coast of Syria. This is the first time such a large military formation has been seen here, which raises suspicions about whether Russia plans to engage in a military special operation against jihadists using the navy.

In a photo shared on their site, the 15 Russian warships and submarines can be seen positioned between the island nation of Cyprus and nearby Syria, along with some ships north of Egypt and another near the central part of the Mediterranean.

According to the Telegram channel, Hunter Notes, “one of the last to appear off the coast of Syria was the tanker of the Northern Fleet of the Russian Navy ‘Akademik Pashin’; boats, and, obviously, this is far from the final number of ships of the Russian Navy located in the eastern part of the Mediterranean Sea.”

This Russian naval buildup also comes at a time of increased tension between Turkey, Cyprus and Greece in the eastern Mediterranean, as the latter two countries have accused Ankara of encroaching on their territorial waters.