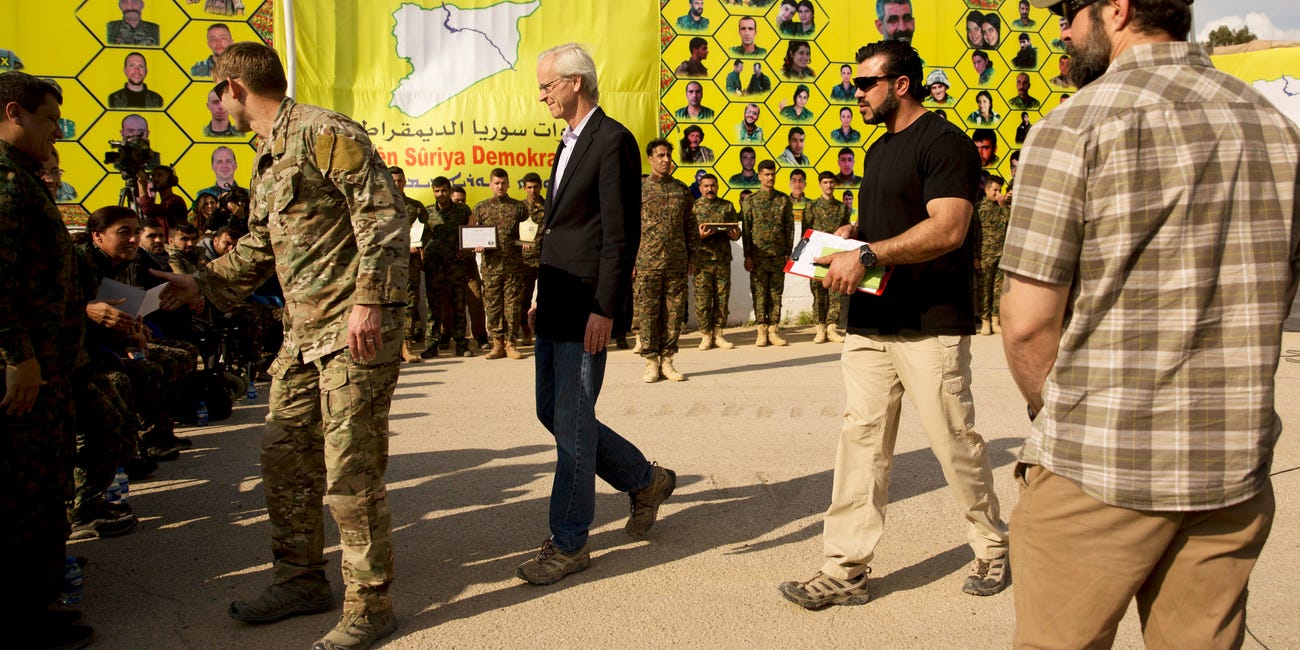 Militants of the US-backed Kurdish-led Syrian Democratic Forces (SDF) have abducted a number of locals in a town in Syria’s northeastern province of Hasakah and forced them to fight in the group’s ranks, a report says.

Syria’s official news agency SANA, citing civil sources, said that the SDF militants had raided al-Shaddadi town earlier in the day and kidnapped a number of youths, taking them into training camps to forcibly recruit them in the ranks of the militant group.

It added that the SDF militants on Friday also stormed houses in the Kurdish-majority city of Qamishli in the province and kidnapped a number of youths and took them to unknown locations.

Earlier this month, SANA reported that the SDF militants had kidnapped several civilians from the al-Hawl refugee camp, located near the border with Iraq, in Hasakah, and prevented the entry of food stuff, desperately needed for thousands of people stranded at the camp amid a worsening humanitarian situation there

Security conditions are reportedly deteriorating in SDF-controlled areas in Syria’s Hasakah and Dayr al-Zawr provinces amid ongoing raids and arrests of civilians by the militants.

People in these provinces regularly hold demonstrations demanding the expulsion of US forces and the SDF militants, who continued harassing the people, stealing properties and besieging villages and towns.

Local Syrians complain that the SDF’s constant raids and arrest campaigns have generated a state of frustration and instability, severely affecting their businesses and livelihood.

Residents also accuse the US-sponsored militants of stealing crude oil and refusing to spend money on service sectors. Local councils affiliated with the SDF have also been accused of financial corruption.

The SDF’s backbone is the Kurdish People’s Protection Units (YPG) militant group, which is regarded by Turkey as a terrorist organization tied to the homegrown Kurdistan Workers’ Party (PKK).

The PKK militants have been seeking an autonomous Kurdish region in Turkey since 1984.

In a separate report on Sunday, SANA said that the SDF militants had attacked protesting students and staff of a high school in Hasakah city.

According to the report, the students and staff of the Martyr Hanna Atallah High School had held a sit-in in front of the school to express their strong dissent against militants’ practices, after the militant group occupied the school and barred the students and the staff from entering it.

The militants kidnapped a number of students and took them to unknown locations after beating the protesters.

The militant group, according to SANA, has taken over most of the schools in Hasakah province.

“The families and students reject the occupation of schools by the SDF militant group, which wants to turn them into military headquarters,” said Ilham Sourkhan, the director of al-Hasakah Education Directorate, condemning the militants’ attack on students.

She called on all parties to intervene to stop such disgraceful acts, which prevent, by force of arms, education, and spread ignorance and illiteracy.