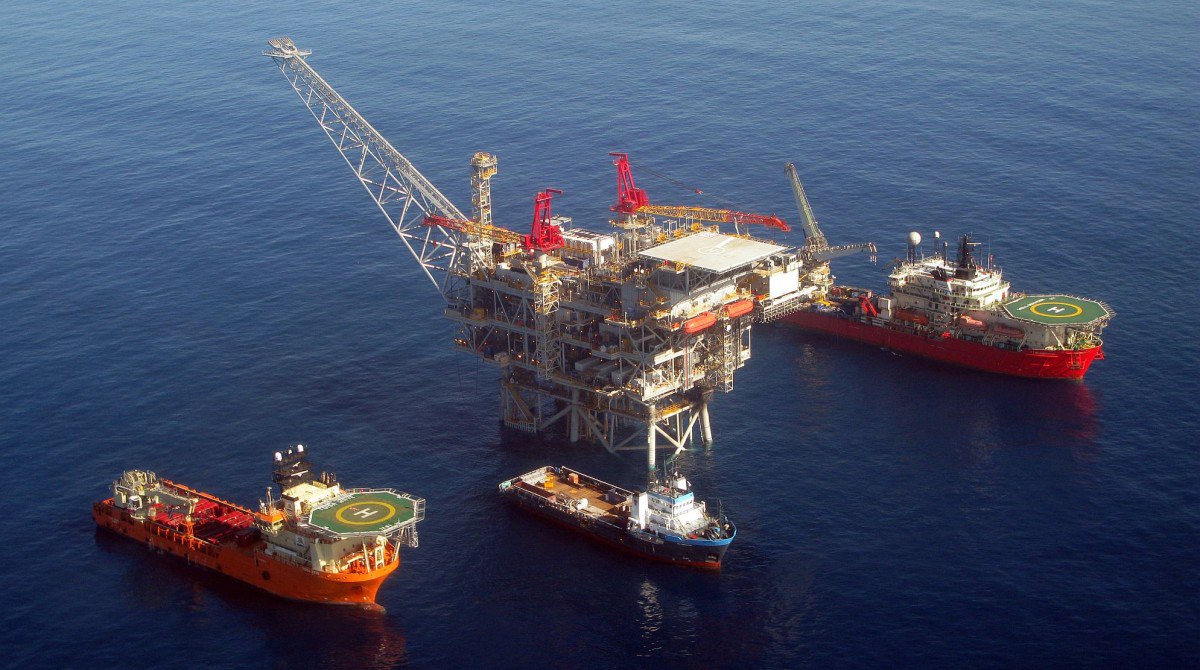 In this handout image provided by Albatross, The Tamar drilling natural gas production platform is seen some 25 kilometers West of the Ashkelon shore in February 2013 in Israel. The offshore Tamar drilling site which was originally dispatched from a shipyard in Texas at the end of last year is due to start producing natural gas next week. Over the past few years Israel has suffered from a shortage in natural gas, but with the new platform that weighs 34,000 tons and will be mainly operated by Israelis, the US company Nobel Energy which owns a 36% stake in Tamar, hopes to change Israel’s energy situation as well as the economy as a whole.

Following days of escalating tensions in the Mediterranean Sea, Greece has officially resumed forms of high-level contact with Turkey according to Greek government spokesperson, Stelios Petsas.
The move comes after Turkey has withdrawn one of its survey vessels from an area that Greece considers within its own boundaries.
Meanwhile, Turkish President Recep Tayyip Erdogan has claimed that discussions resumed due to Ankara’s “determination and firm stance,” as reported in the Daily Sabah on Wednesday.
Last Tuesday, the President of the European Parliament, Ursula von der Leyen, also issued a statement in support of Greece, promising the Unions full solidarity to Cyprus and Greece in the dispute.