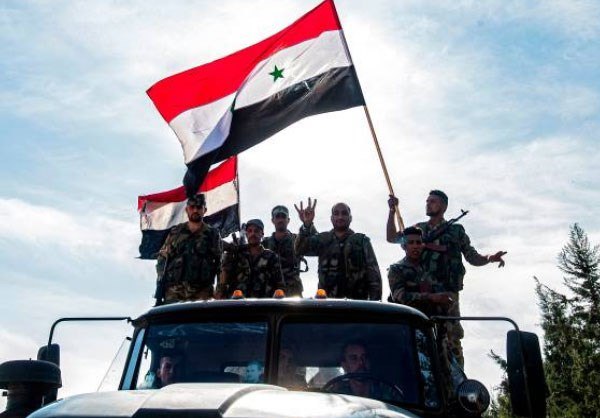 Russian Foreign Minister Sergey Lavrov told Sputnik on Friday that the Russian-Turkish agreements on the Syrian conflict settlement were being implemented, although not fast enough.
“The land that is controlled by terrorists is gradually narrowing and, first of foremost, this concerns the de-escalation zone in Idlib. Russian-Turkish agreements — including the need to distinguish between members of the armed opposition who are open to dialogue with the government, from terrorists who have been recognized as such by the UN Security Council — are being gradually implemented, although not as quickly as we would like. But our Turkish colleagues are committed to them, and we are actively cooperating with them,” Lavrov said.
The top diplomat noted that during his recent visit to Damascus, Syrian President Bashar Assad confirmed his commitment to the implementation of the agreements reached between the government and the opposition on the initiative of the Astana format talks.
“There are many problems in the Syrian Arab Republic, there are enough of them, nevertheless the situation has significantly stabilized compared to what it was a few years ago, and the activities of the Astana format, our initiative, which we have implemented, played a decisive role in this process,” Lavrov noted.
He went on to say that Syria had now to solve humanitarian problems and revive the economy, which was destroyed by the war.
“We are actively supporting dialogue with other countries in these areas, including with China, Iran, India, and the Arab states. We consider it important to involve UN organizations in activities aimed at mobilizing humanitarian assistance to the Syrian Arab Republic as a priority step,” Lavrov told Sputnik.
The Syrian Civil War has been ongoing since 2011, with Assad’s forces fighting against different insurgent groups. The so-called Astana trio, which includes Russia, Turkey and Iran, has been trying to bring the conflicting sides together to achieve peaceful settlement since the first meeting in Astana (now Nur Sultan) in January 2017.
In September 2018, Russian President Vladimir Putin and his Turkish counterpart Recep Tayyip Erdogan held talks in Sochi devoted specifically to the Idlib de-escalation zone. They agreed to create a demilitarized buffer zone in the province, which meant that all heavy weaponry operated by rebel groups was to be pulled back, and radical militants — including members of the Hayat Tahrir al-Sham terrorist group, previously known as the Nusra Front (banned in Russia) — were to leave the zone.
On March 5 of this year, Putin and Erdogan struck a deal to commit to the de-escalation of violence in Idlib. Both parties reaffirmed their commitment to the Astana format of Syria settlement talks and announced the introduction of a ceasefire in Idlib from midnight on March 6 and the resumption of joint Russian and Turkish military patrols.
Source: Sputnik