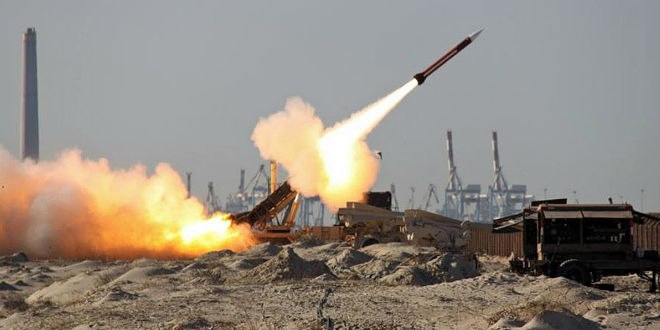 The United States’ anti-missile systems, already deployed in Romania and currently underway with deployment in Poland, might be used not only for their declared defensive purposes but also as an offensive weapon, Russian Foreign Minister Sergey Lavrov said in an interview with Sputnik on Friday.
“There are many alarming trends. One way in which such destabilizing factors manifest is, of course, the US’ withdrawal from the Intermediate-Range Nuclear Forces (INF) Treaty and the already officially declared intention to deploy such missiles not only in Asia but apparently in Europe as well. At least the anti-missile systems that are now deployed in Romania and are being deployed in Poland can as well be used not only for defensive but also offensive purposes because the same systems are capable of launching attack cruise missiles, something that was prohibited by the INF Treaty. But the treaty no longer exists and the Americans have their hands untied,” Lavrov said.
Last year, the US unilaterally withdrew from the 1987 INF Treaty, which committed it and the other signatory, Russia, to getting rid of all nuclear and conventional ground-launched ballistic and cruise missiles with ranges of 500 to 5,500 kilometers (310 to 3,417 miles).
The only remaining legally binding agreement on nuclear arms control between the two countries owning the world’s two largest nuclear stockpiles is now the New Strategic Arms Reduction Treaty (New START), in force since 2011 and due to expire in February 2021 with a possibility to be renewed for another five years.
The treaty limits the number of nuclear warheads over permitted 700 delivery systems to 1,500, with each heavy bomber equipped for nuclear armaments counting as one warhead toward this limit, and the number of deployed and non-deployed launchers to 800. It also provides for 18 on-site inspections annually for mutual oversight purposes.
Renewing the New START is a step officials in Russia have repeatedly said they were ready to take, but the US administration has maintained that it prefers a new treaty that would include both Russia and China.
Beijing has refused to consider entering any trilateral nuclear arms control pacts with Russia and the US.
Source: Sputnik