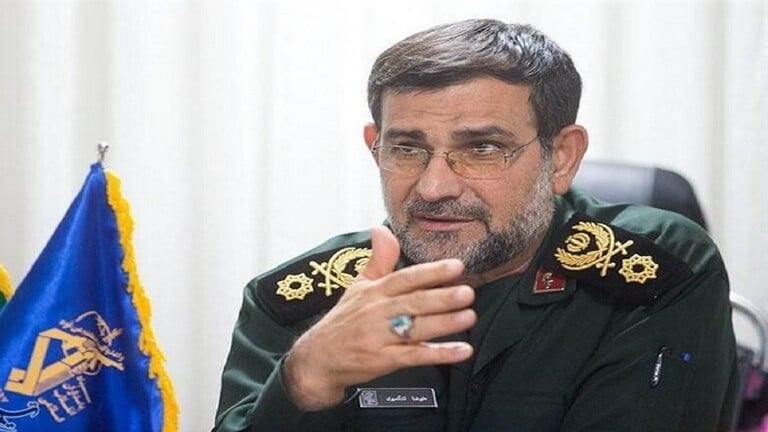 The commander of the naval forces of the Iranian Revolutionary Guard, Brigadier General Ali Reza Tungsiri, said that the Gulf region should be free of foreign presence and Iran could conduct joint maneuvers with the Gulf countries.
Tungsiri told the ISNA newspaper, “The Gulf states should not make a foothold for Israel in the region, because that will cause them harm … Israel’s coming to the Gulf region will not be in the interest of the Gulf countries and will pose a threat to Iran.”
Tungsiri stressed that Iran will not initiate any war, “but we will not fear it if it takes place.”
He continued, “We will respond firmly to any threat that affects any point from Iran … We will cut off the hand of anyone who infringes on Iran’s interests, sanctities, revolution and honor.”
Tungsiri noted that his country is ready for friendship with the Gulf countries, and that strangers will eventually leave, saying: “We extend the hand of friendship and brotherhood to the Gulf countries and tell them that we are the sons of the region, and the strangers will leave at the end of the day, and they will abandon you after your wealth is plundered.”
The commander of the naval forces pointed out that “the Gulf is our home” and that the American army is present “in the wrong area,” indicating that the Iranian speed boats constitute a “nightmare” for the Americans in the Gulf waters, stressing that “our forces possess different types of missiles that cover the Gulf waters and beyond.”
The commander of the naval forces of the Revolutionary Guard stressed that his country is seeking to export weapons abroad after the embargo is lifted.