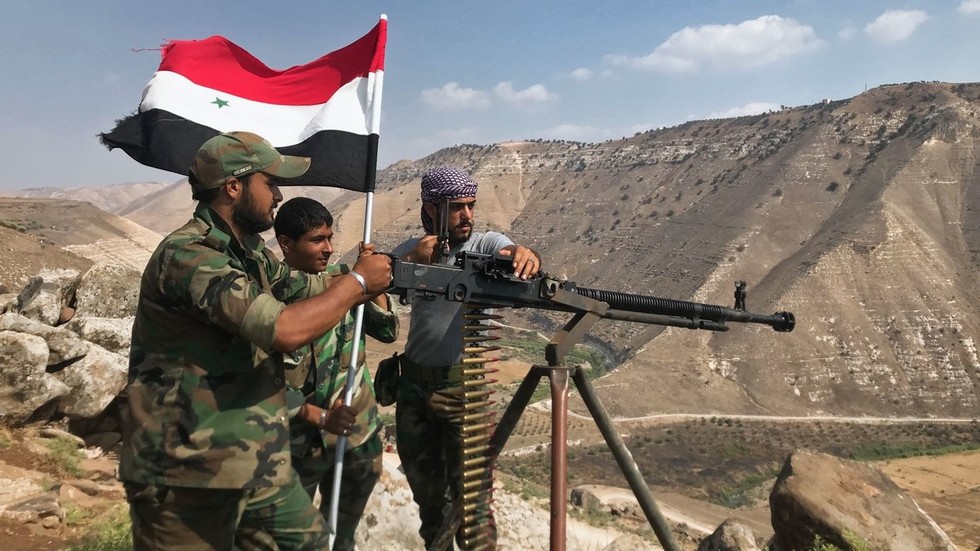 The Syrian Arab Army (SAA) has been carrying out a combing operation against the Islamic State (ISIS/ISIL/IS/Daesh) sleeper cells inside the Hama Governorate.
Units from the Syrian Arab Army, along with the National Defense Forces (NDF), have targeted several Islamic State hideouts in the Khanasser countryside and eastern region of Hama, inflicting heavy damage on the terrorist positions.
Video footage of the combing operation was captured by the Syrian field reporter, Abu Sham, who showed the SAA troops gathering and tracking the terrorist forces.