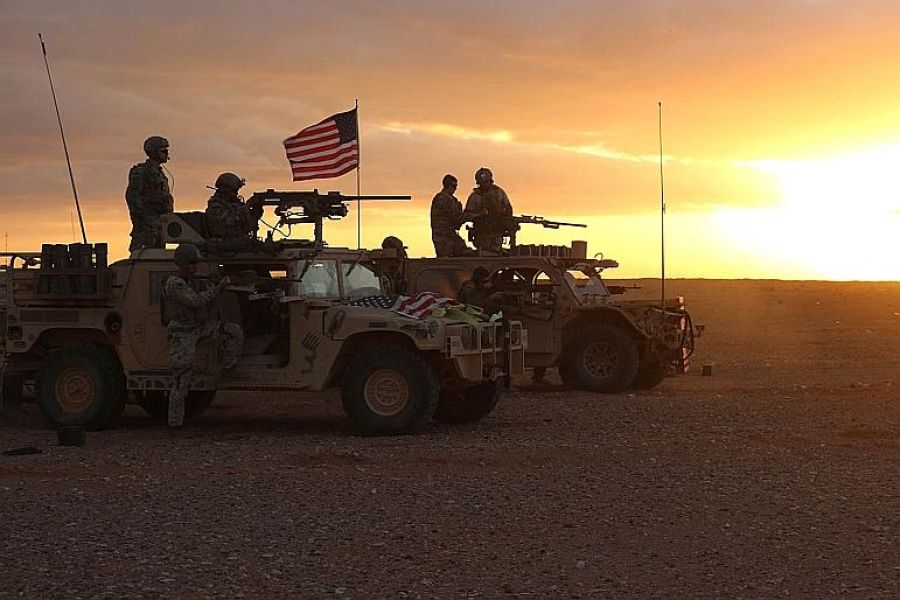 On Friday, the U.S. military announced that it was boosting its military presence in northeastern Syria despite previous efforts to limit its forces there.
The spokesman for the U.S. Central Command, Bill Urban, said in a statement, as reported by Monte Carlo Al-Doualiya, that their leadership deployed the Sentinel radar system, intensified the sorties of American fighters over their allied forces and deployed Bradley combat vehicles to reinforce American troops in the area controlled by the U.S. military and Syrian Democratic Forces (SDF).
A U.S. official, who asked not to be identified, stated that the number of armored vehicles that were sent as reinforcements did not exceed six, accompanied by “less than 100” soldiers.
Without mentioning Russia, the report said that these reinforcements aim to “help ensure the safety and security of the coalition forces,” and that the United States “does not seek to clash with any other country in Syria, but will defend the coalition forces if required.”
Nevertheless, the U.S. official considered this step “a clear signal to Russia to adhere to joint operations to prevent the risk of collision, and also to Russia and other parties to avoid unsafe and unprofessional provocations in northeastern Syria.”
U.S. President Donald Trump ordered the withdrawal of Bradley’s armored vehicles from Syria last October, as part of his attempt in early 2019 to withdraw all his forces from there, before returning and agreeing to leave hundreds of American soldiers “to protect oil wells.”