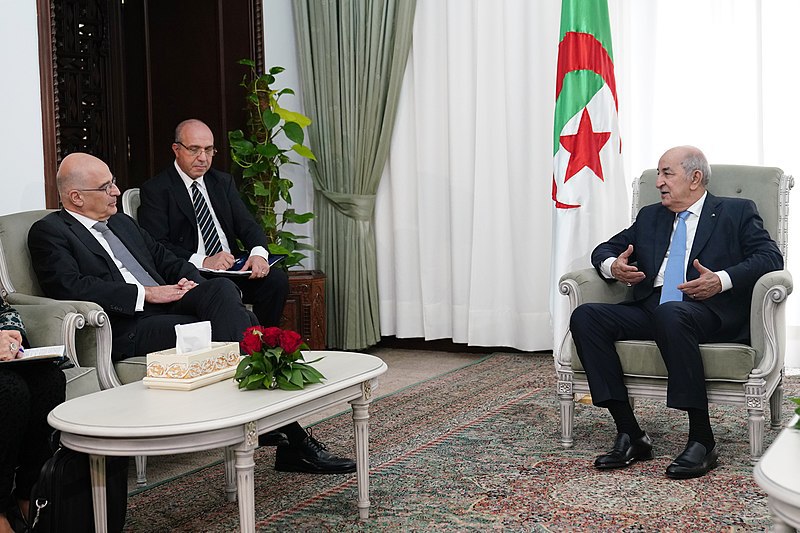 Algerian President Abdelmadjid Tebboune said that Algeria will not bless the Arab normalization agreements with Israel and will not be part of them.
The Algerian president stressed, in an interview with local media on Sunday, that his country will not normalize relations with Israel, pointing out that it will also not bless those who signed a peace agreement with Tel Aviv.
Tebboune explained that he “noticed a kind of rush towards normalization,” pointing out, “We will not participate in normalization, nor will we bless it.”
The Algerian president continued: “The Palestinian issue is sacred for us, and it is the mother of issues and will not be resolved except by establishing a Palestinian state, with the 1967 borders, with Holy Jerusalem as its capital.”
The Algerian president added that he “will repeat his words about normalization in his speech before the United Nations General Assembly,” stressing that the formal declaration of “the Palestinian state within the 1967 borders with Holy Jerusalem as its capital, will be a key to solving the Middle East crises.”