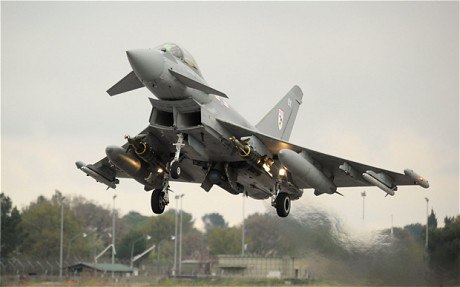 Britain is searching for ‘weak points’ in Russian defenses: newspaper

British warplanes and ships have significantly increased their patrols along the Russian border in order to identify “weak points” in Russia’s defense, according to the Sunday Times newspaper.
Since the last week of August, at least 28 RAF aircraft have been dispatched to Russia’s borders in the Black Sea region, as well as to the shores of the Kolsky Peninsula, the newspaper reported.
The newspaper indicated that, at times, up to five fighters were involved during one sortie.
According to the newspaper, long-range flights are carried out by Typhoon fighters and Voyager tank aircraft, as well as Sentinel, RC-135 and Sentry E-3 AWACS reconnaissance aircraft.
Two weeks ago, the newspaper talked about the first flights of Typhoon fighters over Ukraine.
The newspaper noted that “military sources and data from sites that track aircraft movements confirmed the increase in air patrols over the Black Sea since then.”
In addition, the newspaper pointed out, that Typhoon fighters were sent for the first time outside the Arctic Circle to patrol near Murmansk, where the main Russian submarine bases are located.
A high-ranking British intelligence source told the newspaper that the information gathered as a result of these overflights would help British Defense Ministry experts “to identify the enemy’s weak aspects and try to use them.”
For his part, the head of the General Operations Directorate of the General Staff of the Russian Armed Forces, Sergey Rudskoy, said on Friday that foreign reconnaissance aircraft began to appear 40 percent more than last year in the Black Sea region.
According to him, the intensity of aerial reconnaissance missions near the Crimea has increased even more.