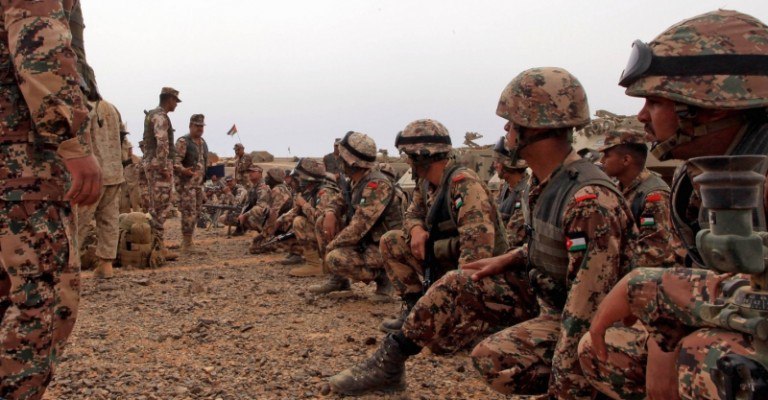 The General Command of the Jordanian Armed Forces announced on Sunday, that it has thwarted an infiltration attempt from Jordanian territory into Syria.
The General Command of the Jordanian Armed Forces said, in a statement issued on its official website by a military source, that “the northern military region thwarted, yesterday, Saturday, on one of its facades, an attempt by a person to infiltrate from Jordanian lands into Syrian lands.”
The source indicated that “the rules of engagement were applied, which led to his arrest, and his transfer to the competent security authorities.”
The source added that “the Jordanian Armed Forces will deal firmly and decisively with any infiltration or smuggling attempt in order to protect the citizens and the border security of the Hashemite Kingdom of Jordan.”