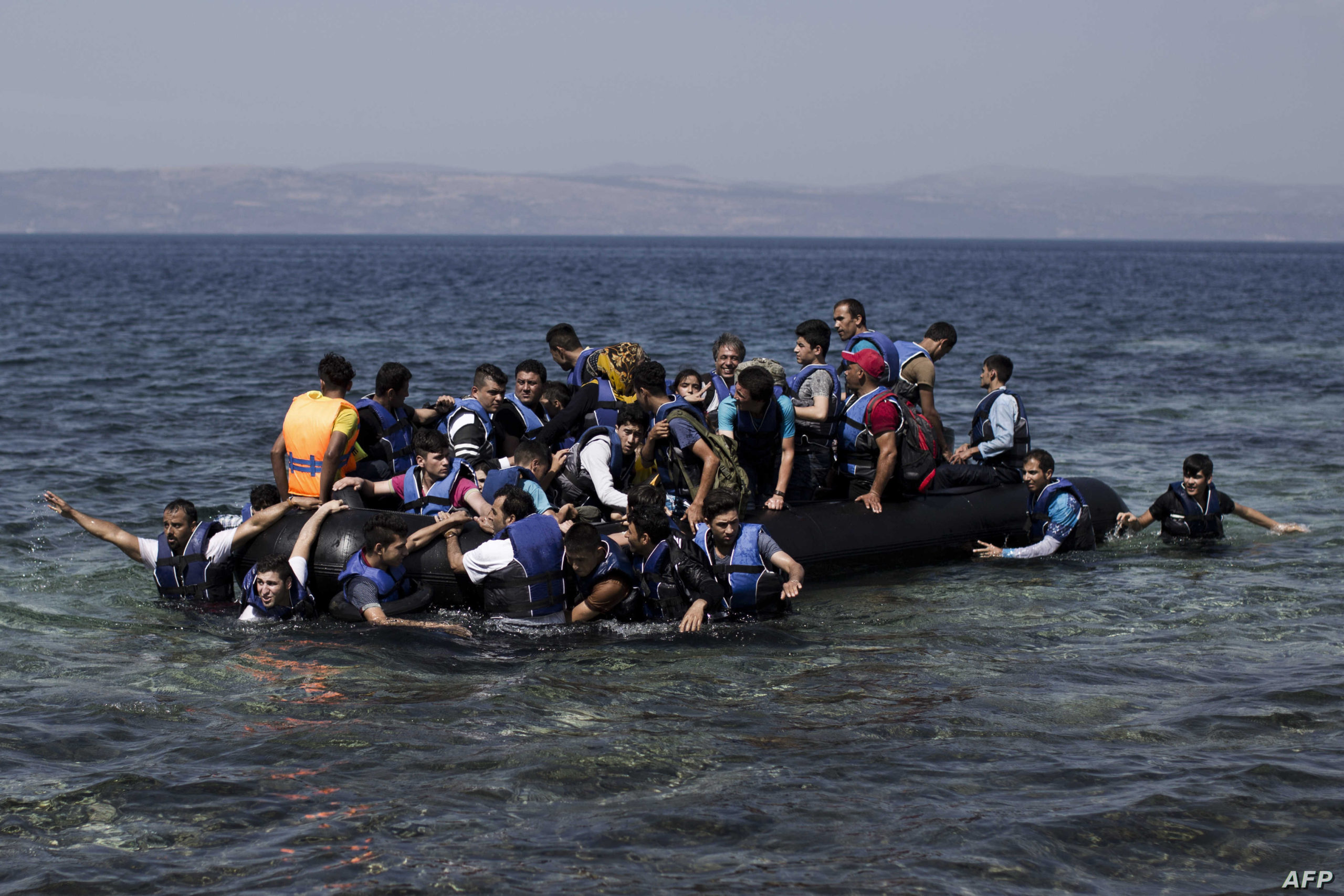 Hundreds of Lebanese migrants are taking to the sea in small boats in a desperate life and death struggle to survive the economic, political, and social collapse of the tiny nation once called the ‘Switzerland of the Middle East’.

The chain of events culminating in the drowning of Lebanese recently began with the murder of Prime Minister Rafik Hariri in 2005, next to the Israeli war on Lebanon in 2006, and then the horrific explosion which destroyed the Beirut Port on August 4, killing nearly 200 and injuring thousands more and was widely blamed on government negligence and corruption.

Analysts point to the similarities and connections between the death of Rafik Hariri and the Beirut Port blast, which has brought the country to the brink of demise.

People of the Middle East are migrating for economic reasons, but also political reasons which are caused by the ‘cancer of the Middle East’, which is the brutal occupation of Palestine.  There is no defense of occupation, but the human rights denial continues, and so does the suffering of the region.

Lebanese desperate to reach Europe have boarded small fishing boats in Tripoli on the northern coast of Lebanon. Authorities in Cyprus identified five migrant boats, carrying 183 migrants in the space of only 48 hours.

The UNHCR has tracked 21 boats leaving Lebanon between July and Sept. 14, which contrasts with only 17 in all of 2019.

The Lebanese currency has lost 80% of its value, and the middle-class is now the new-poor. This left Mr. Ghadour unable to feed his seven children, and prompted him to sail for Cyprus, only to be returned to Tripoli.  “In Lebanon, we are being killed by poverty,” he said while adding, “This is worse than war … My children will either die on the streets or become criminals to survive.”

Once the migrants arrived in Larnaca, they were detained in a camp for several days, tested for Covid-19 and but prevented from filing a claim for asylum before being sent back to Lebanon.

“You can’t just summarily send people back without considering their claims fully and fairly,” said Bill Frelick, of HRW.  While economic hardship is not recognized as grounds for asylum, Fredlick believes some migrants could have qualified on the grounds of ‘fear-of-persecution’.

Cyprus has introduced legislation to get tough on migrants and were concerned for the possible further spread of COVID-19. Cyprus is a member of the European Union and has an agreement with Lebanon to try and prevent small boats reaching Cypriot waters, and once found the migrants are sent back to Lebanon, which is only 90 kilometers away.

Tripoli, Lebanon is one of the poorest cities. Human traffickers have been charging $ 930 for each migrant who boards the small boats headed for Cyprus.  One load of migrants was looted of all their belongings, including food and water for the trip, and left adrift at sea for days, which resulted in the loss of life of many.

Afaf Abdul-Hamid waits on the beach at Tripoli hoping that her son will swim home. “These are human traffickers. They took my son to the middle of the sea and left him there with no food or water.”

The current level of desperation in Lebanon has not been seen before.  The banks closed, no one could get their money out, shops closed, tens of thousands lost their jobs, and others saw their salaries cut down. Poverty rates are now more than 50% of the population.

Lebanon is part of the ‘Holy Lands’ and has 18 different religious sects.  In 1989, the ‘Taif Agreement’ ended the 15-year civil war by splitting the leadership along religious lines: the president must be Maronite Christian, the prime minister Sunni Muslim, and the speaker of the parliament Shia Muslim.

President Michel Aoun, speaking to the nation acknowledged protesters who filled the streets beginning last October demanding that the entire Lebanese government and system be dismantled. Aoun has called for the sectarian system to be replaced with a new secular state.

US and French warships

Lebanon is a “politically occupied country” according to insiders, with the US and French warships sitting off the coast currently. The US Embassy has been calling the shots for years, and now that Lebanon faces being labeled a ‘failed-state’ France, their old colonial occupier, has stepped forward with demands that Lebanon reforms their corruption-ridden government. French Foreign Minister Jean-Yves Le Drian said last month that Lebanon risked disappearing if the politicians refused timely reforms and French deadlines.

Prime Minister-designate Mustapha Adib is following a French directive to form a new cabinet, and former Prime Minister Saad Hariri, a Sunni, said no sect had the exclusive right to select positions and went so far as to threaten that this was “the last chance to save Lebanon and the Lebanese”.

The former member of Parliament, lawyer, author, and head of the “Al Shab” Lebanese party, accused the CIA and MOSSAD of the Beirut Port blast of August 2020.  He claimed in an ‘Al-Mayadeen” TV interview that the US has entered into the Beirut Port blast investigation to hide the evidence.  Recently, there was a substantial fire at the destroyed Port which appeared to be suspicious in origin, which could support Wakim’s accusation.

Najah Wakim believes in secular political ideology and is known for his very strict opposition to the whole Lebanese regime and sectarian leaders.  After the Syrian military withdrawal, following the murder of Rafik Hariri, he claimed the Syrians had been replaced by the American ‘occupation’.

In June he gave an interview with Al Jadeed TV in which he said his bank account was about $500, contrasting to the millions held in off-shore accounts by the corrupt political elite, who are the cause of the economic, political, and social collapse of Lebanon.

He rejected the 1989 Taif agreement as an American agreement that entrenches sectarianism in Lebanon, which is the basis of political divisions and strife, but which enables the corruption to go unabated as the clans and gangs of the old-guard count their ill-gained dollars.

When the US ambassador to Lebanon Dorothy Shea threatened the Lebanese authorities that “any political retaliation against the Governor of the Banque du Liban, Riad Salameh,” will have major consequences, Wakim considered this proof that the US has ruined Lebanon economically and financially by defending the ‘Future Party’ and its sectarian, financial and political players.

Marwan Hamadeh is a journalist and has held numerous cabinet positions over a very long career as a politician, and member of the Progressive Socialist Party led by Walid Jumblatt, which is a Pro-American, Anti-Syrian, and Anti-Hezbollah party.

On August 5 he publically announced his resignation as a member of Parliament after the massive blast which destroyed the Beirut Port, and he accused the government of being ineffective.

In a TV interview on the pan-Arab news channel, Al-Mayadeen, Mustapha Hamdan said in August, “If Saad Hariri wants to find out who killed his father, (Rafik Hariri) he should investigate Marwan Hamadeh.”

Hamdan was a general and the head of the Lebanese Presidential Guard brigade at the time of the murder of Prime Minister Rafik Hariri on February 14, 2005, who was killed in a massive explosion resembling a smaller version of the Port blast last month, in which both blasts left a huge crater and mushroom-cloud.  In August 2005 Hamdan was arrested along with three other Lebanese generals, and all were held in the decrepit Roumieh prison from 2005 to 29 April 2009, and all were released without charges after four years due to lack of evidence.

Nohad Machnouk, former Interior Minister and current MP became the first senior Lebanese politician to blame Israel for the blast at Beirut Port last month. The member of Saad Hariri’s ‘Future Party’ publically claimed that Israel was “clearly” responsible for the huge explosion which killed over 200 people and wounded thousands.

“This operation in Beirut was carried out by Israel in a clear and explicit manner,” Machnouk said. “It is clear we are looking at a crime against humanity, and therefore no one dares to claim responsibility for it.”

President Aoun has not ruled out the possibility of sabotage, while no government official has yet explained why such a large stockpile of ammonium nitrate was allowed to be stored for years at the Beirut Port.