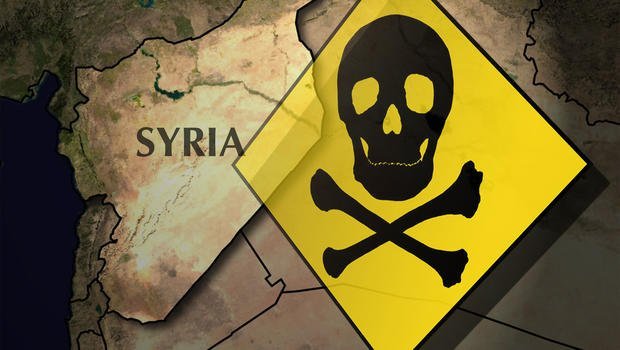 Militants in the Syrian province of Idlib are planning to stage chemical weapons attacks in two villages as a ploy to frame the Syrian armed forces, Rear Adm. Alexander Grinkevich, deputy head of the Russian Defense Ministry’s Center for Reconciliation of Opposing Sides in Syria, said at a briefing on Sunday.
The Russian armed forces have received notice that militants from the Hayat Tahrir Al-Sham group (formerly known as the Nusra Front, banned in Russia), are planning the provocative attacks.
“In the coming days, terrorists plan to stage attacks in the settlements of Ariha and Basames in order to accuse the Syrian government forces of using chemical weapons against civilians. According to the available information, activists of the White Helmets pseudo-human rights organization are directly involved in the preparation of the sites for the attacks, including staging for capturing video,” Rear Adm. Grinkevich remarked.
The Russian military official urged the commanders of insurgent groups in Syria to take the path of peaceful settlement in the region.
Source: Sputnik