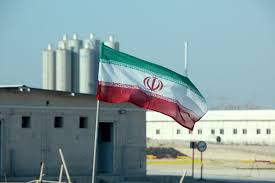 On Tuesday, the Iranian government revealed one of the strongest hypotheses regarding the explosion at the Natanz nuclear site last July.
Iranian government spokesman Ali Rabiei said, during a press conference, that “one of the strongest hypotheses regarding the explosion at the Natanz nuclear site is the involvement of internal elements,” stressing that “an act of sabotage has become certain in this case,” according to the Iranian Labor News Agency (ILNA).
Rabiei added, “Because of the great complexity in carrying out this sabotage act, there are several security agencies investigating it.”
The spokesman for the Iranian Atomic Energy Organization, Behrouz Kamalundi, said earlier that “the explosion of the Natanz facility resulted from a sabotage operation ,” stressing that two new salons were prepared to complete work in Natanz.
Iran witnessed an explosion in a building belonging to the Natanz nuclear plant. Three Iranian officials, who declined to be named, told Reuters that the explosion was a result of a cyber attack, while other officials said that ” Israel could be behind the attacks,” but they did not provide any evidence to support their allegations.
The Iranian Foreign Ministry stated after the attack that “Tehran will respond firmly to any government or regime that is proven to be involved in the Natanz nuclear complex incident in Isfahan, central Iran.”