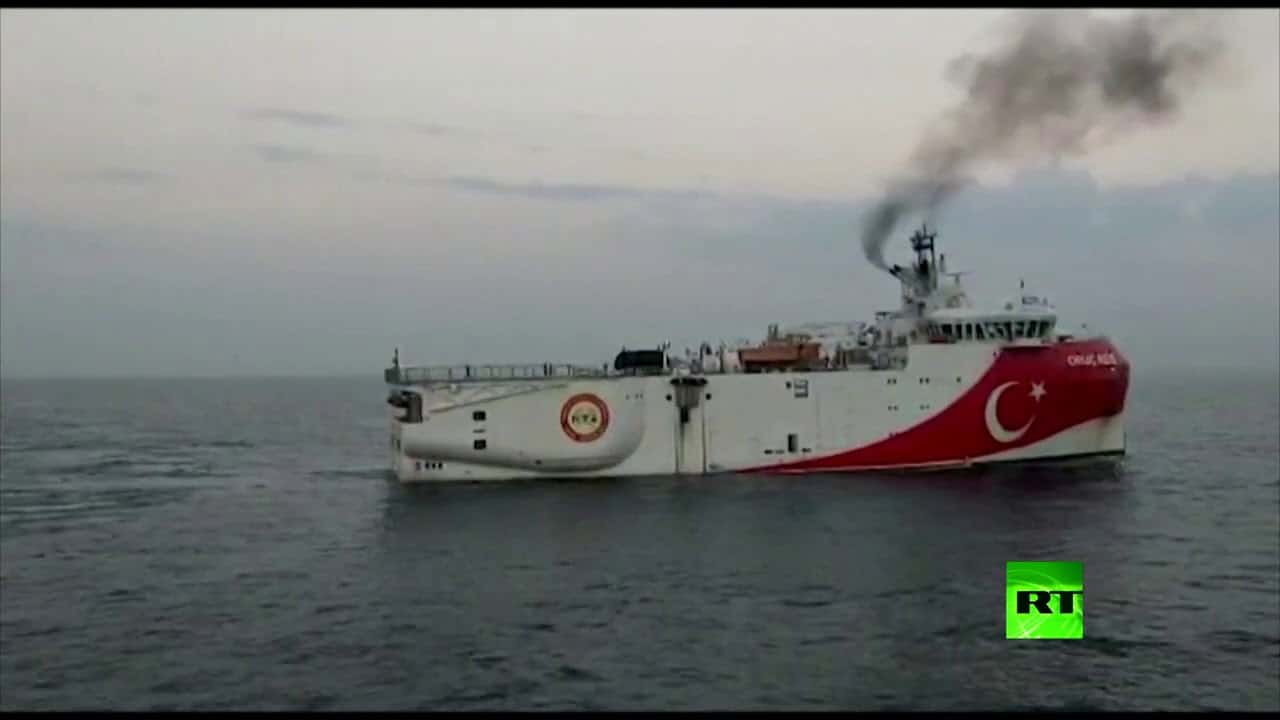 Earlier reports that Turkey has withdrawn its seismic research vessel from the Mediterranean Sea to de-escalate tensions with Greece have been false.
The ‘Oruc Reis’ has only docked the port of Antalya to restock on supplies and for maintenance of the research vessel.
The ship has now left the port to continue its research efforts in the east Mediterranean Sea, challenging Greece in their claims of natural resources in the territory.
Earlier this month, Turkey agreed to withdraw its research vessel Oruc Reis, which was seen as an important step by the European Union, but new reports suggest that the move was only due to maintenance of the ship.
However, according to the Yeni Safak newspaper in Turkey, the seismic research vessel is not accompanied by any naval units, which are still docked at the port.