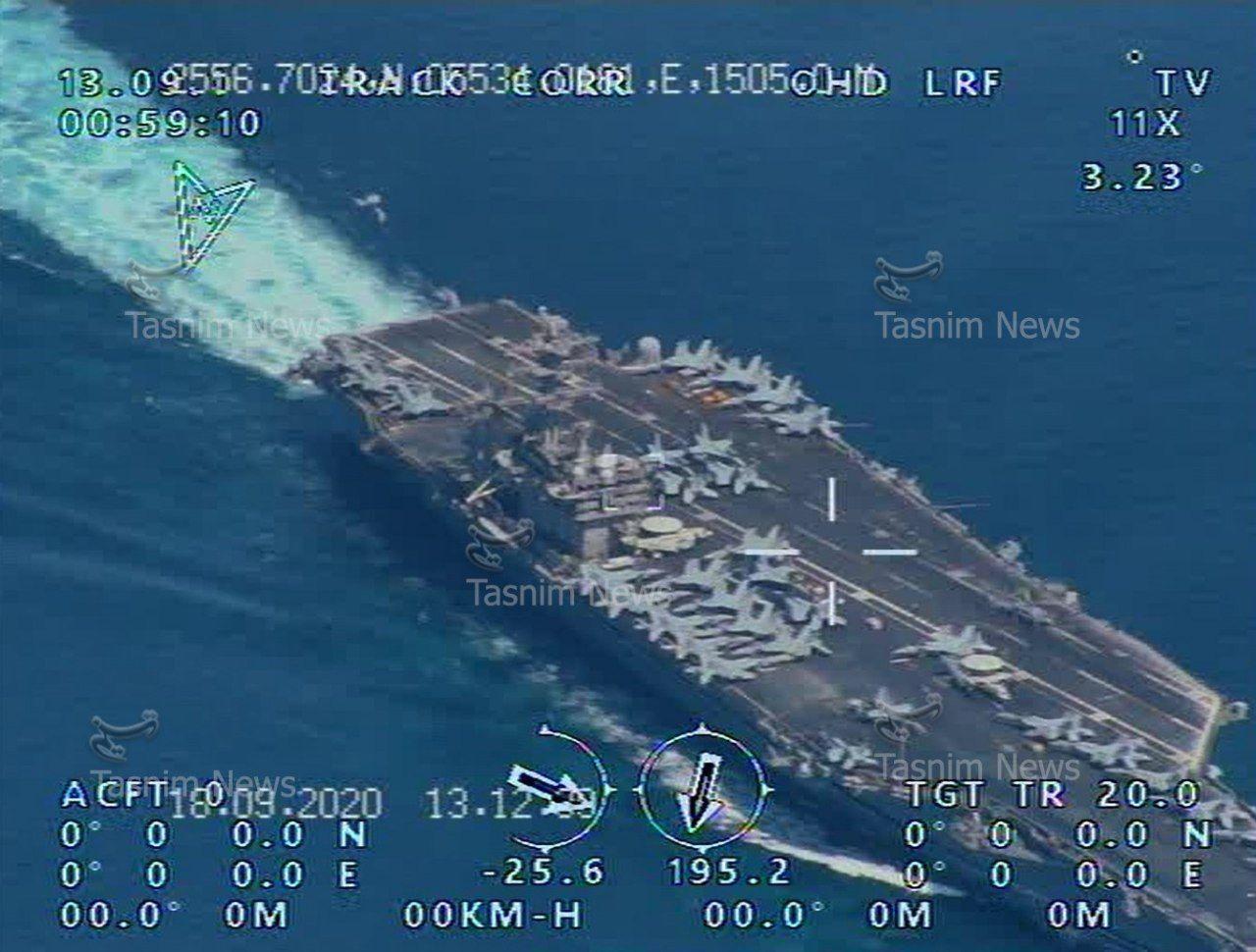 The commander of the Naval Force of the Revolutionary Guards Ali Reza Tungsiri said that the American aircraft carrier, USS Nimitz, and its accompanying ships were spotted and intercepted before entering the Strait of Hormuz and the Gulf with domestically-made drones.
Tunsgiri said in his statement on Wednesday, during the ceremony of the handing over of 188 drones and helicopters to the Naval Force of the Revolutionary Guard, that during the monitoring and interception process, the USS Nimitiz was identified with its accompanying warships, which included destroyers 114 and 115, battleships 58 and 59, and the 9th and 12th patrol frigates.

He said that all the missions of the naval force of the Revolutionary Guard will be under the cover of domestically-made drones.

He added, “Monitoring and tracking all maritime movements in the Gulf, the Strait of Hormuz and the Sea of ​​Oman will be made possible by these drones that will greatly increase our capabilities in this area.”