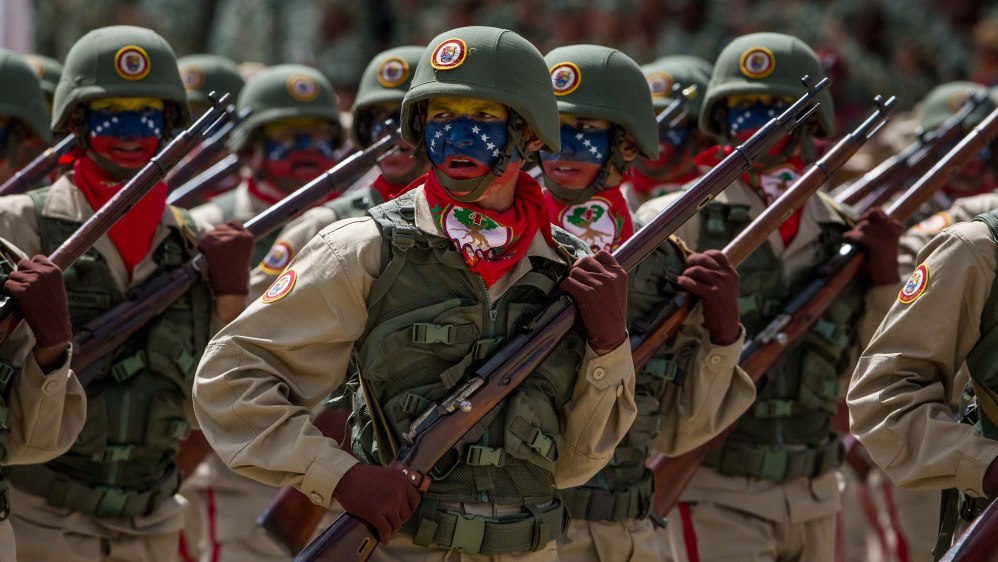 Venezuela’s President Nicolas Maduro has met with the military high command on Monday and announced that all intelligence, counter-intelligence and the special command center for the “protection of the president and miraflores” have been activated.
The move comes one day after the US State Department has introduced new sanctions against Nicolas Maduro, following Venezuela’s violations of the arms embargo with the Islamic Republic of Iran.
Venezuela conducted several military games within the last months, due to increased tensions with the United States.
Last May, Venezuelan forces and intelligence dismantled a coup attempt led by two-American private contractors. The US denied any involvement in the armed invasion.