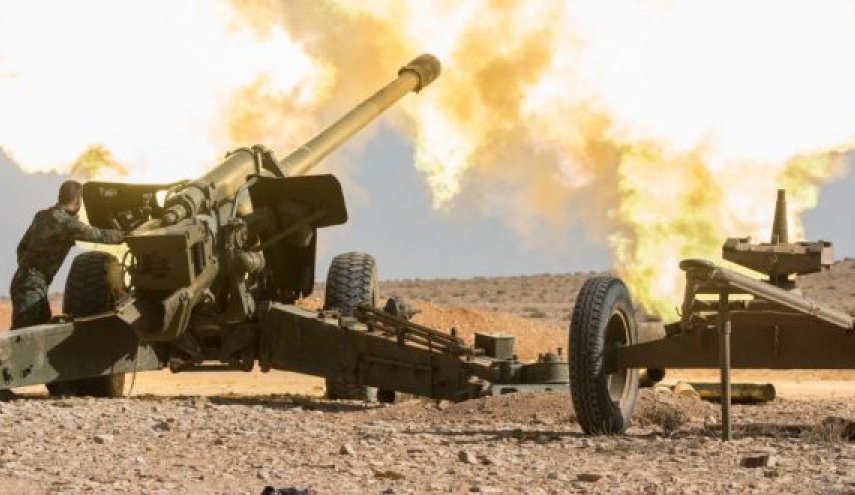 The Syrian Arab Army (SAA) launched a series of attacks on Wednesday that targeted the positions of the jihadist rebels in the countryside of the Idlib Governorate.
Backed by Russian reconnaissance planes, the Syrian Arab Army’s rocket and artillery teams unleashed a heavy barrage on the enemy defenses, hitting the latter’s positions in the Jabal Al-Zawiya region.
In particular, a source from the Syrian Armed Forces told Al-Masdar that the primary targets were the jihadist defenses at the front-line town of Al-Bara’a.
Al-Bara’a has served as a launching point for the jihadist forces in the Jabal Al-Zawiya region, as they have attacked the Syrian military on several occasions from this front-line town.
Despite the comments by Russian Foreign Minister Sergei Lavrov about the war being over between the opposition and government, the hostilities continue to intensify in the Idlib Governorate, especially between jihadist and Turkish-backed factions on one side and the Syrian Arab Army on the other.
The situation along the Idlib front-lines remains unstable and with daily exchanges of hostilities between all parties involved, it is highly unlikely that the ‘ceasefire’ will hold past Winter 2021.