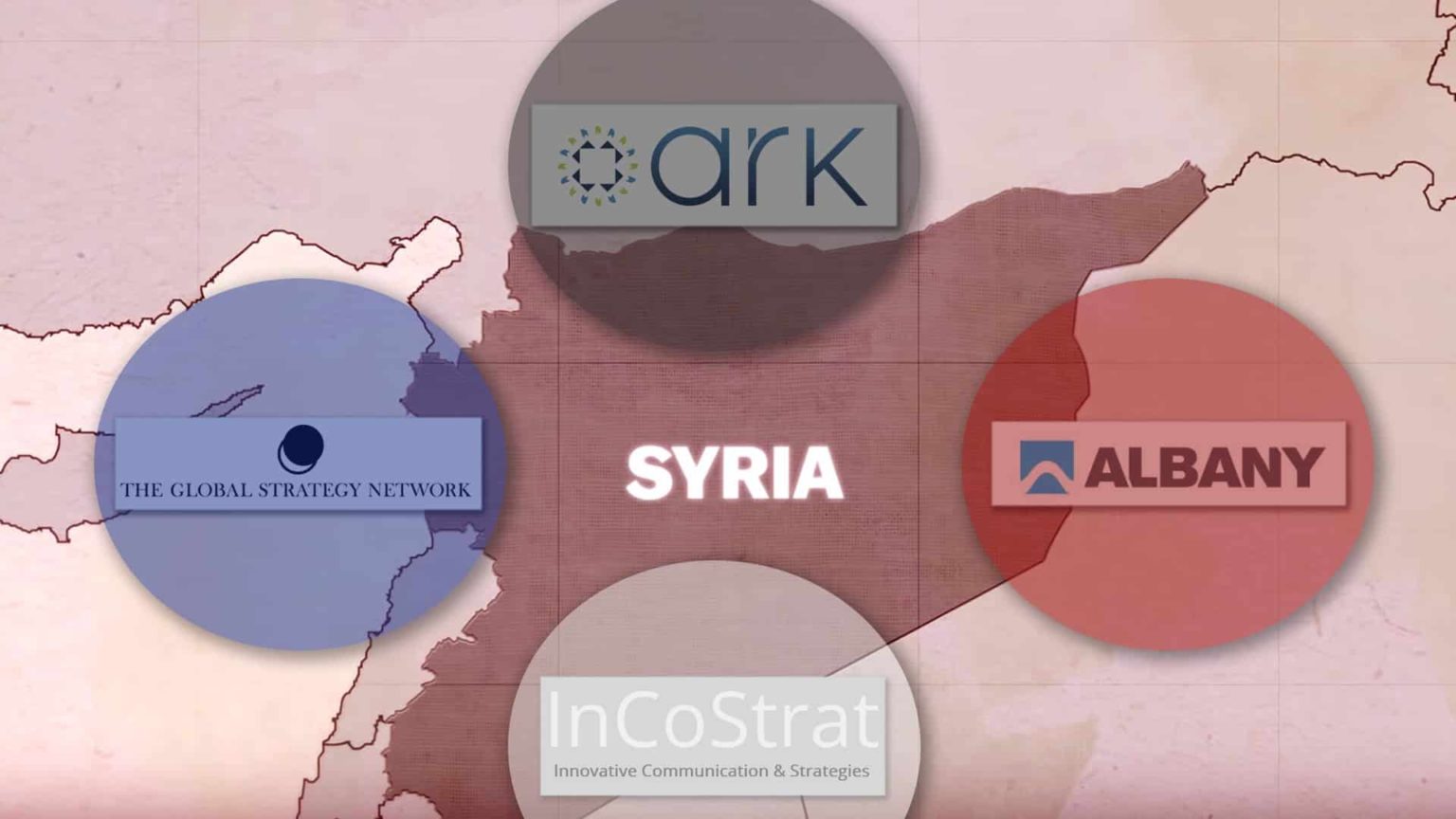 When I reported on the leak of Integrity Initiative documents back in 2018/19 which exposed the extent of the UK’s propaganda war against Russia, I didn’t think it could get much more organised and coordinated than it was. Involving hundreds of journalists and academics across the globe to spin disinformation about Russia and paint the country in as negative a light as possible in the mainstream media, the UK government-funded campaign was as sophisticated as the information war gets. But here we are in 2020, still uncovering the true scope of western government influence on the narrative plugged by the mainstream media. And it doesn’t speak well for our ‘democracy’.

On 8th September the hacker group Anonymous published shocking revelations of how a concerted and organised campaign has been waged to support the anti-government rebels in Syria. One set of documents relates to the NGO ARK, which although brands itself as a humanitarian organisation, effectively functions as a vehicle for western-led regime change. In one of the papers it states:

‘ARK’s focus since 2012 has been delivering highly effective, politically- and conflict-sensitive Syria programming for the governments of the United Kingdom, United States, Denmark, Canada, Japan and the European Union.’

This is a somewhat different picture from the mission statement on their website:

‘ARK was created in order to assist the most vulnerable, particularly refugees, the displaced and those impacted by conflict and instability.’

Sounds lovely doesn’t it? But this organisation is far from charitable.  In the last few years it has received $66 million from western governments to drive regime change in Syria. It boasts of relationships with Syrian opposition members that have been built up ‘over the years’, and we know that they date as far back as 2011, if not before, as its  documents read ‘ARK staff are in regular contact with activists and civil society actors whom they initially met during the outbreak of protests in spring 2011’.

ARK also had a targeted propaganda campaign package for Syrian media. In the documents it is discussed how best to reach Syrian audiences to promote the regime change narrative, with success being achieved it is said, on digital media such as Facebook, but also through broadcast media. If there was ever any evidence that the mainstream media was bought, this is it:

What is extraordinary is the repeated use of the word ‘independent’ to describe the media outlets being promoted by ARK. The authors are clearly blissfully unaware that by interfering in the media of this sovereign state to promote the overthrow of the government, the media can hardly be termed ‘independent’ but instead an arm of the British state and its own particular political aims and objectives. The document reads:

‘Since ARK first began training citizen journalists in 2012, as part of HMG’s efforts to develop professional, 2 independent and self-sufficient local Syrian media organisations, it has trained more than 200 journalists and has been a key implementer of a multi-donor effort to develop media platforms inside Syria, maintaining close links with these organisations’.

It boasts having produced over 2000 news reports for various mainstream Arabic channels, including Orient, Al Arabiya, Al Jazeera and Sky Arabic which it says are ‘broadcast almost every day’.  Some of the statements are pure, straightforward admissions of propaganda:

‘ARK has also facilitated contact between the Syrian opposition and international media, seeking to address the perception of an uncoordinated opposition by fostering the image of a united front.’

It is extraordinary the sheer brassneck with which this author writes about manipulating the Syrian public through propaganda. It has the stated goal of creating the impression of a united Syrian opposition, which of course there never was.

These documents contrast with the UK government’s website on ‘what it is doing in Syria’. There we are told that British involvement is limited to humanitarian aid as it ‘suspended all services of the British Embassy in Damascus and withdrew all diplomatic personnel from Syria in 2012’. The Anonymous hack shows that this is far from the truth. There has clearly been considerable British involvement in fostering regime change in Syria. If it weren’t for these leaked documents, the UK taxpayer would remain completely ignorant as to what foreign meddling is being carried out in his or her name.

For more detailed analysis and context of the hacked documents, please see Ben Norton’s report on The GrayZone.