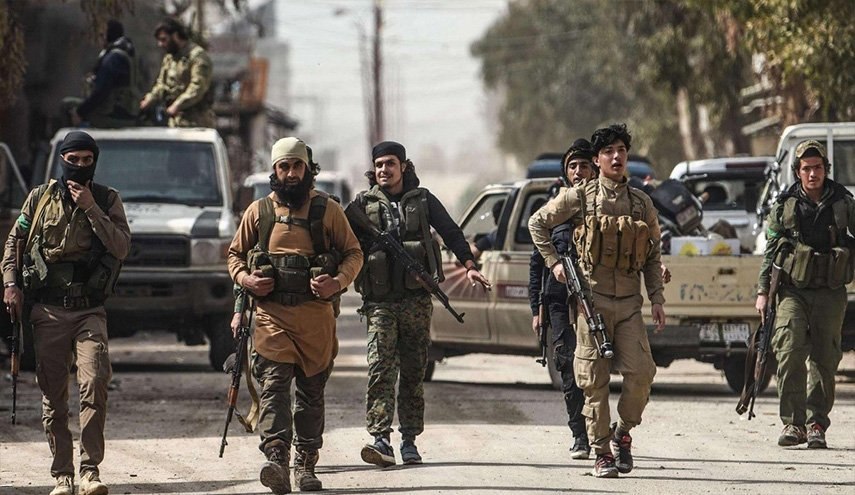 Heavy clashes broke out on Thursday between two rival militant factions in the Afrin region of Aleppo, local activists reported from the area.
According to the reports, two Turkish-backed factions, Harakat Ahrar Al-Sham and Liwaa Al-Hamza, clashed inside the Janderis District of Afrin, prompting both parties to move forces into the area of conflict.
The reason for the clashes is unknown; however, the Turkish-backed factions in the Afrin region have been known to fight with one another from time-to-time.
Many of these Turkish-backed factions have setup bases and checkpoints in Afrin, which has been a point of contention between the groups, as they argue over loot and different areas of control.
Afrin was captured by the Turkish-backed forces in early 2018, when they launched a large-scale operation against the Kurdish-led People’s Protection Units (YPG).