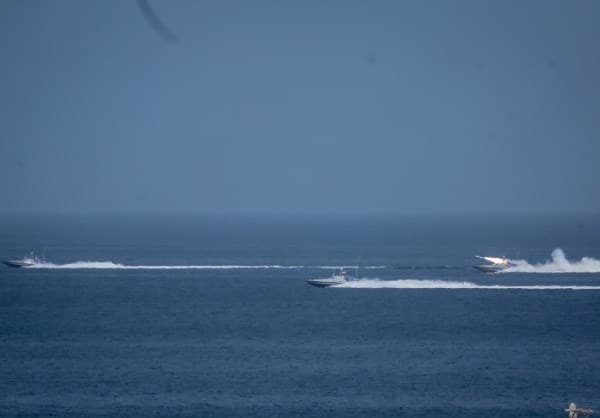 On Wednesday, the commander of the Iranian Revolutionary Guard, Major General Hossein Salami, revealed the establishment of a new naval military base east of the Strait of Hormuz.
The state-owned Islamic Republic News Agency (IRNA) quoted Salami during the inauguration ceremony of the “headquarters of the martyr Syed Majid Rahbar”, affiliated to the naval force of the Revolutionary Guard, in the city of Serik, east of the Strait of Hormuz (south of the country), as saying:
“The headquarters of the martyr Rahbar is located in one of the most strategic areas. In terms of defense and offense, in the Persian Gulf and the Strait of Hormuz.”
Salami noted that the inauguration of this naval headquarters “contributes to strengthening and raising the level of the maritime operations of the Islamic Republic of Iran in the areas of defense, attack and monitoring in the Persian Gulf region.”
Salami stressed, “The goal of establishing the martyr Rahbar’s marine headquarters lies in the complete anticipation of entry and exit of vessels coming from outside the region in the Strait of Hormuz, the Persian Gulf and the Sea of ​​Oman.”
This latest move by Iran comes at a time of great friction between the Islamic Republic and Arab states in the Gulf region.