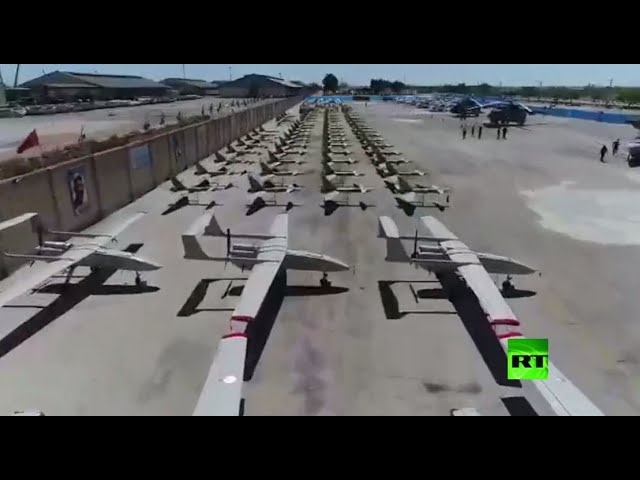 The Islamic Revolutionary Guard Corps (IRGC) of Iran unveiled several drones and attack choppers during a military ceremony this week.
The IRGC showcased a plethora of drones that were manufactured inside the Islamic Republic, as they boasted of new technological advances among other things during the ceremony.
The footage of the ceremony, which was released by Iran TV and shared on RT, showed dozens of the drones lined up, as IRGC officials inspected the equipment.

In total, the IRGC announced that 188 drones and choppers were handed over to them from state.

Iran IRGC Persian_gulf TEHRAN
Previous ArticleTurkish-backed forces launch attacks against each other and on SDF
Next Article US ‘smuggled’ 3 dozen oil tankers from Syria: SANA