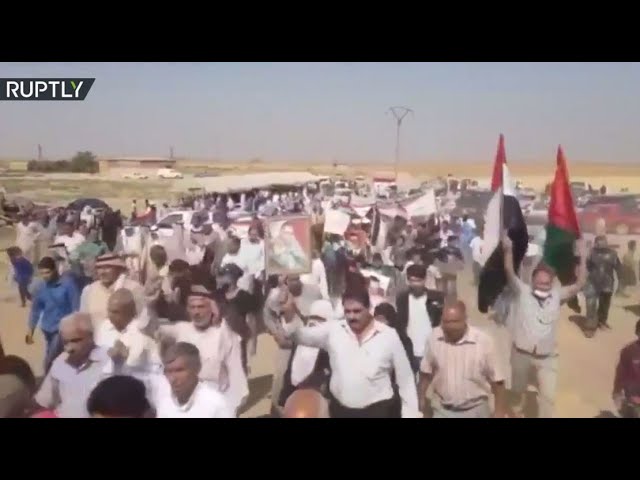 A large demonstration was held on Thursday, September 24, in the Al-Qamishli countryside against the U.S. and Turkish forces inside the country.
The demonstration, which was held in the village of Tal Satah, witnessed several protesters marching in unison against the presence of Turkish and U.S. forces inside Syria.
The protesters were filmed carrying flags of the Syrian Arab Republic and the Ba’ath Party, as they chanted in support of President Bashar Al-Assad.

The residents of Greater Al-Qamishli have repeatedly protested against the U.S. and Turkish forces in Syria, prompting some confrontations with the Coalition troops that attempt to pass through their villages.