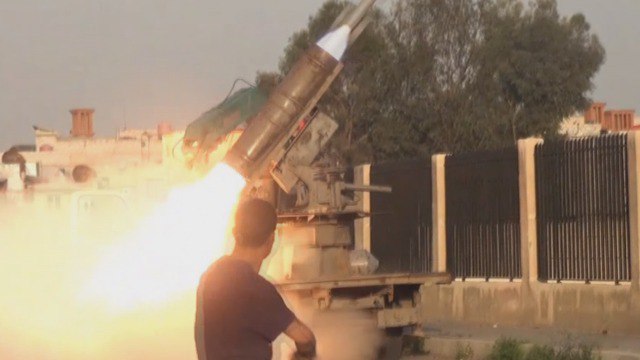 The Syrian Arab Army (SAA) continued their heavy bombardment of the jihadist defenses in southern Idlib this week, as their troops unleashed a barrage of artillery and missiles towards several sites inside the governorate.
Backed by Russian reconnaissance drones, which zeroed in on the jihadist positions, the Syrian Arab Army heavily targeted sites in the Jabal Al-Zawiya region and Al-Ghaab Plain on Thursday.
The Syrian Army’s attack primarily concentrated on the jihadist strongholds of Al-Bara’a and Afis, which were previously targeted by the SAA troops in the attacks on Tuesday and Wednesday.
Tensions between the Syrian Army and jihadist rebels have been running high for days, as the recent influx in ground and air strikes have prompted the latter to move reinforcements to the front-lines of Idlib.
While Russian Foreign Minister Sergei Lavrov said there is no planned offensive in Idlib, sources in Damascus have indicated otherwise.
According to one source in Damascus, the Syrian Army’s high command is in discussions about a potential offensive in the Jabal Al-Zawiya region, but the date has not been finalized.
Should an offensive take place, it could mimic the operation that took place earlier this year, when the Syrian Army captured several areas in southern Idlib, including Ma’arat Al-Nu’man.