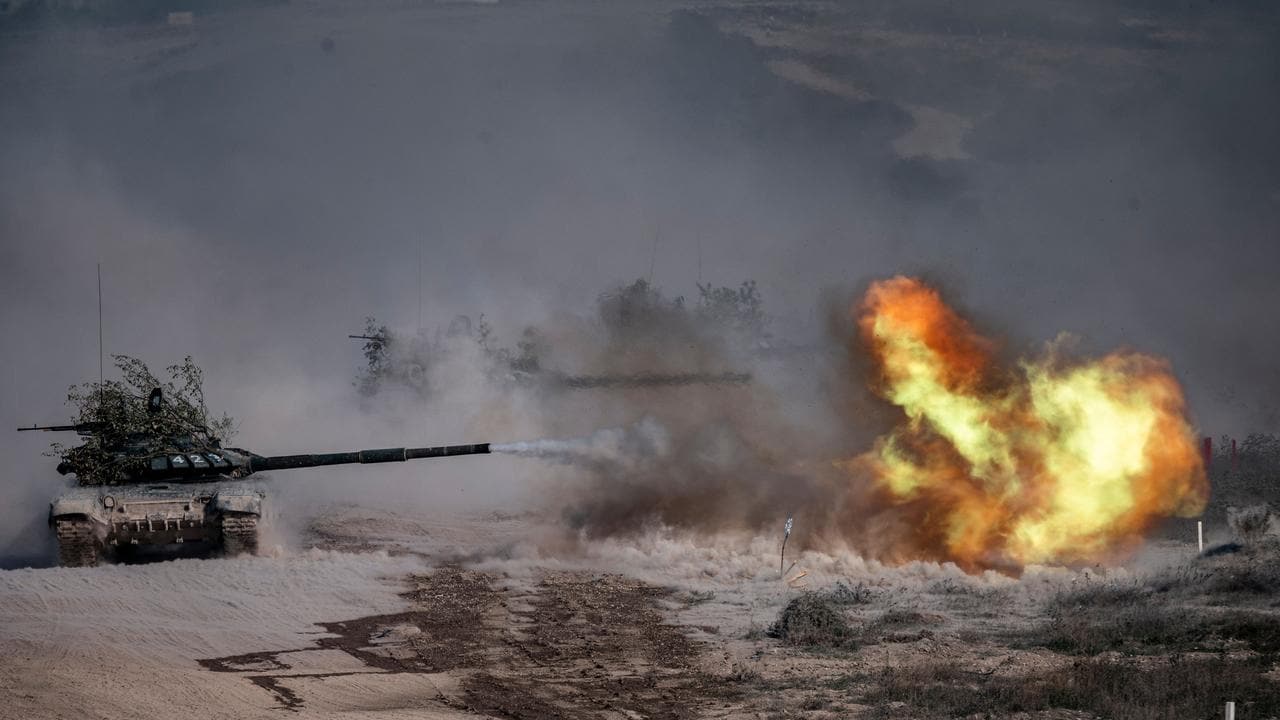 Tankers of the Central Military District repelled a night attack of a mock enemy during a tactical exercise at the Totsk training ground in the Orenburg region.
According to the Russian Ministry of Defense, the night offensive of the mock enemy forces was recorded using drones.
The crews of the T-72B3 tanks, using the Sosna-U multichannel thermal imagers, detected targets at a distance of up to 3 km and destroyed them with 125-mm guns.
The tankers’ actions were supported by the Msta-S self-propelled howitzers, which illuminated the battlefield with lighting shells and hit the enemy’s firing points with high-explosive fragmentation shells.