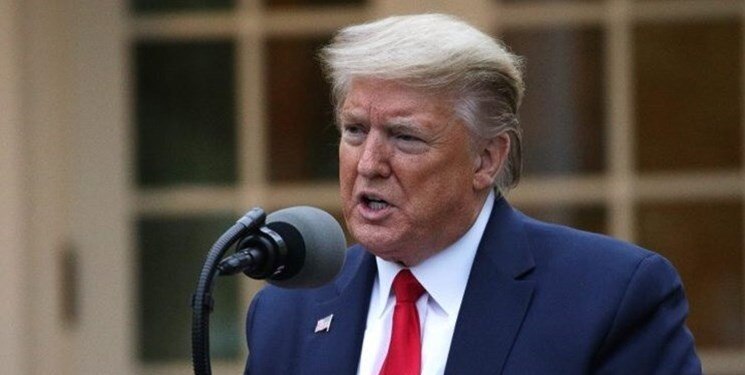 Iran and Iraq fought a brutal, eight-year war between 1980 and 1988, with Baghdad invading the Islamic Republic to try to seize the oil-rich province of Khuzestan soon after the Iranian Revolution of 1979. Up to 1.2 million people died in the conflict, which included Iraqi use of chemical weapons against both Iranian troops and civilians.
US President Donald Trump is even more of a threat to Iran than Saddam Hussein was, government spokesman Ali Rabiei has suggested.
“Some political elites at various levels do not believe that today Trump is more violent and brutal than Saddam, endangering the lives, health, and livelihoods of Iranians,” Rabiei said, his remarks being cited by the Iranian Student News Agency.
“If Saddam wanted to seize Khuzestan and [the Iranian city of] Khorramshahr, and even in his own words, at least Arvand Rud [River] from Iranians, today, Trump is seeking to fragment and cut down Iran, to defeat the national spirit and identity of Iranian society,” he added.
Though Saddam Hussein’s government threatened to destroy Iranian villages and cities, today Trump is threatening to destroy the country’s cultural and civilization centers, Rabiei suggested, recalling Trump’s controversial threats earlier this year to attack “52 Iranian sites,” including “some at a very high level and important to Iran and the Iranian culture” amid raging Iranian-US tensions in the aftermath of the US assassination of Revolutionary Guard Quds Force Commander Qasem Soleimani.
“Saddam’s regime targeted our people with rockets and bombs…and today Trump has targeted the health, life and livelihood of the people by bombardment through economic sanctions and assassinations,” the spokesman continued.
Rabiei recalled that, just as Saddam Hussein tore up the Algiers Accord of 1975 on the settlement of any border disputes between Iran and Iraq in September 1980 days before launching Iraq’s war of aggression against Iran, similarly, in 2018, “the Trump regime did the same with the Joint Comprehensive Plan of Action [nuclear accord].”
Rabiei also accused the Trump administration of assassinating Soleimani because of the defeat of its campaign in support of the Daesh (ISIS) terrorists, just as Iran accused Iraq of targeting Iran-Iraq War Ground Force Commander Ali Sayad Shirazi, who was assassinated by the Baghdad-backed People’s Mujahedin of Iran in 1999.
Rabiei suggested that whereas during the Iran-Iraq War, the frontlines were on the battlefields, today the frontline is the war against economic terrorism and economic war.
The spokesman stressed that Iran would “never succumb” to US bullying or coercion, and would, sooner or later, bring the bullies to their knees.
Source: Sputnik