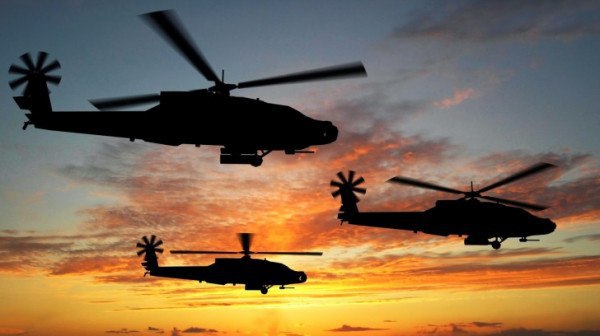 The U.S.-led Coalition has recently increased its air presence over the northeastern region of Syria, local activists in the Al-Hasakah Governorate reported this week.
According to the activists, the U.S. military convoys in the Al-Hasakah Governorate have been increasingly accompanied by their military choppers, especially in areas where the Russian forces are present.
The increased air presence comes just weeks after the U.S. military was involved in a vehicle accident along one of the Al-Hasakah Governorate’s roads.
The U.S.-led Coalition blamed the Russian military for the crash, as they said the latter’s aggressiveness on the road caused the American soldiers to suffer injuries.
Following this incident, both the U.S. and Russian forces began utilizing their helicopters to escort their military convoys; this led to a rare event earlier this month where their choppers flew close to one another.
Since the Russian military began their deployment in northeastern Syria, they have been involved in several incidents with the U.S. forces, including a number of interceptions along the roads leading to and from the cities of Al-Qamishli and Al-Malikiyah.