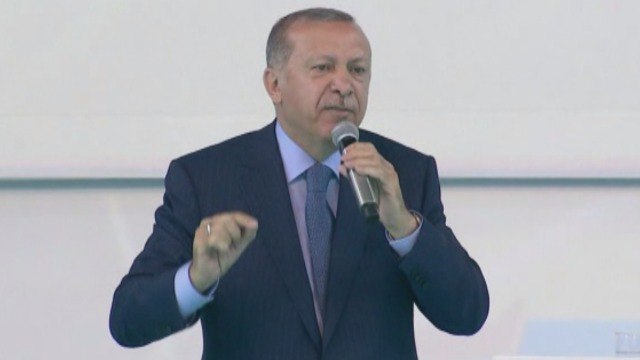 Turkish President Recep Tayyip Erdogan announced on Sunday, that his country stands by Azerbaijan in the clashes that erupted hours ago with Armenia, describing the latter as a threat to security in the region.
Erdogan tweeted, “Armenia, which added a new aggression to its aggression against Azerbaijan, has once again shown that it is the greatest threat to peace and security in the region,” adding, “We call on the world to stand by Azerbaijan against the oppressive occupation.”
He assured his Azerbaijani counterpart, Ilham Aliyev, in a telephone call on Sunday, that Turkey will continue to stand in solidarity with Baku against Armenia.
“We call on the Armenian people to embrace their future against their rulers, who are dragging them to the disaster,” he added.
Earlier on Sunday, the Azerbaijani Ministry of Defense said that Armenian armed forces fired on their areas, resulting in casualties.
However, in contrast,  the Armenian Ministry of Defense said that Karabakh “was subjected to air and missile attacks,” which led to the escalation.
The press spokesman for the President of the Nagorno Karabakh Republic, Gram Bogossian, stated that civilian areas in Karabakh, including the capital, Stepanakert, had been exposed to artillery fire, and called on residents to go to shelters.