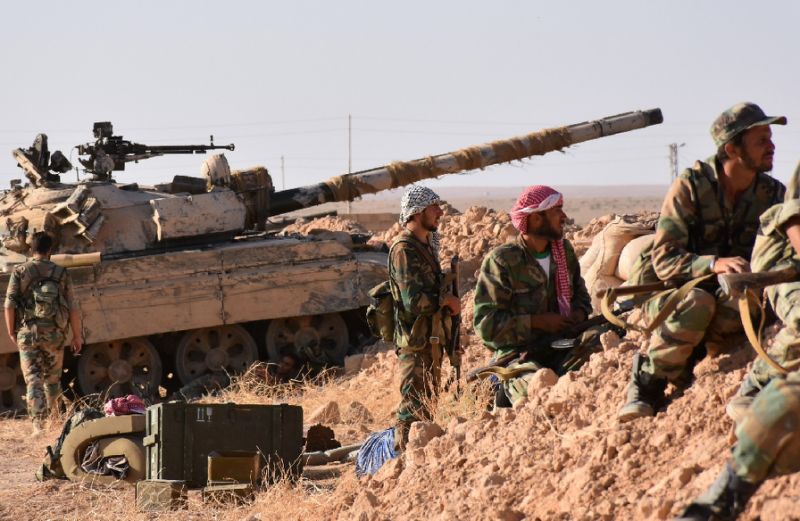 The members of the Arab tribes in the countryside of Al-Hasakah Governorate expelled members of the U.S.-backed Syrian Democratic Forces (SDF) in a town and several villages near the administrative border of Al-Raqqa this past weekend, the Sputnik Agency reported.
Citing local sources, Sputnik said the Arab tribesmen inside the town of Al-Tarwaziyah and its surrounding villages expelled the SDF from this area after the killing of two people this past week.
The sources said that “the organization brought a large number of reinforcements to the town of Al-Kantari, which is close to Al-Tarwaziyah, after the people expelled its fighters from it.”
The town of Al-Tarwaziyah is located at the administrative borders separating the governorates of Al-Hasakah and Al-Raqqa in northeastern Syria.
The sources indicated that “a quarrel took place between a resident of the village and a gunman in a patrol belonging to the Qasd (SDF) organization, which necessitated the intervention of the people to prevent the patrol from kidnapping him, so that the armed men of the patrol took their machine guns and fired live bullets at the angry people of the village, which resulted in the death of civilians and the injury of others.”
The sources added that the residents of Al-Tarwaziyah arrested a number of SDF fighters, after the residents attacked the sites of the organization, so that the latter withdrew its checkpoints and headquarters from Al-Badla and the surrounding villages.