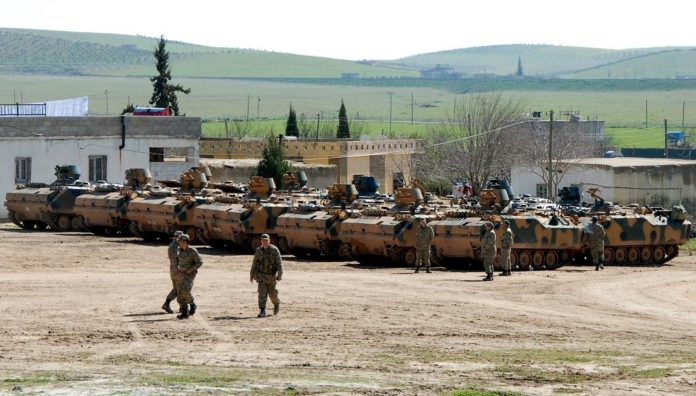 Armenia accused Turkey on Monday of providing direct military support to Azerbaijan in the escalation of fighting over the disputed Karabakh region.
The Armenian Foreign Ministry said in a statement that Turkey has a “direct presence on the ground.”
They added that Turkish military advisers “fight side by side” with Azerbaijan, noting that Azerbaijan is also using Turkish weapons, including drones and war fighters.
Azerbaijan denied the allegations. There was no immediate response from Turkey.
Turkey has been accused of sending Syrian mercenaries to Azerbaijan, which is similar to what they did in Libya late last year.
On Monday, the Reuters News Agency quoted sources as saying that Turkey has already sent these fighters to Syria, but Azerbaijan has denied these claims and accused Armenia of using “Syrian mercenaries” against their forces.