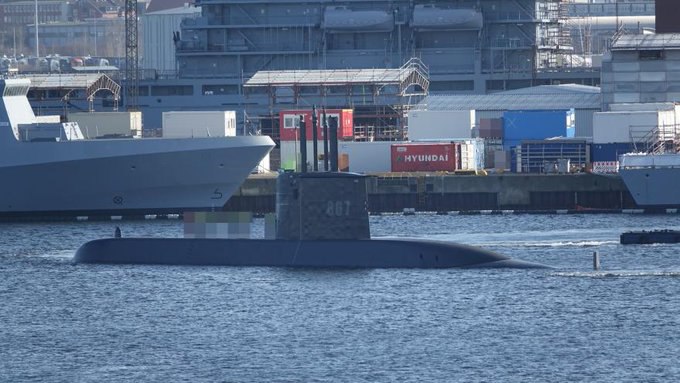 The Egyptian Armed Forces announced that the naval forces celebrated the launch of their fourth German-made S-44 model (209/1400) submarine, which will soon join the naval arsenal.
The army said that this submarine was built at the arsenal of the “Thyssen Krupp” company in the German city of Kiel.
They said that it is the last of four German submarines, three of which have joined the navy according to the specific timetable, as the specialized and technical crews working on these submarines have been prepared and qualified in record time.
The commander of the navy explained that Egypt has cadres capable of absorbing modern technology in operation and maintenance and working efficiently on modern systems.
“Egypt is the first to have a submarine corps in North Africa and the Middle East,” he said.
He added that this type of submarine is “the implementation of an Egyptian military strategy aimed at developing the ability to face the challenges and dangers that the region is witnessing, and to preserve the nation’s capabilities, elevate its word, and achieve full control over the Egyptian coasts extending in the Red and Mediterranean seas.”