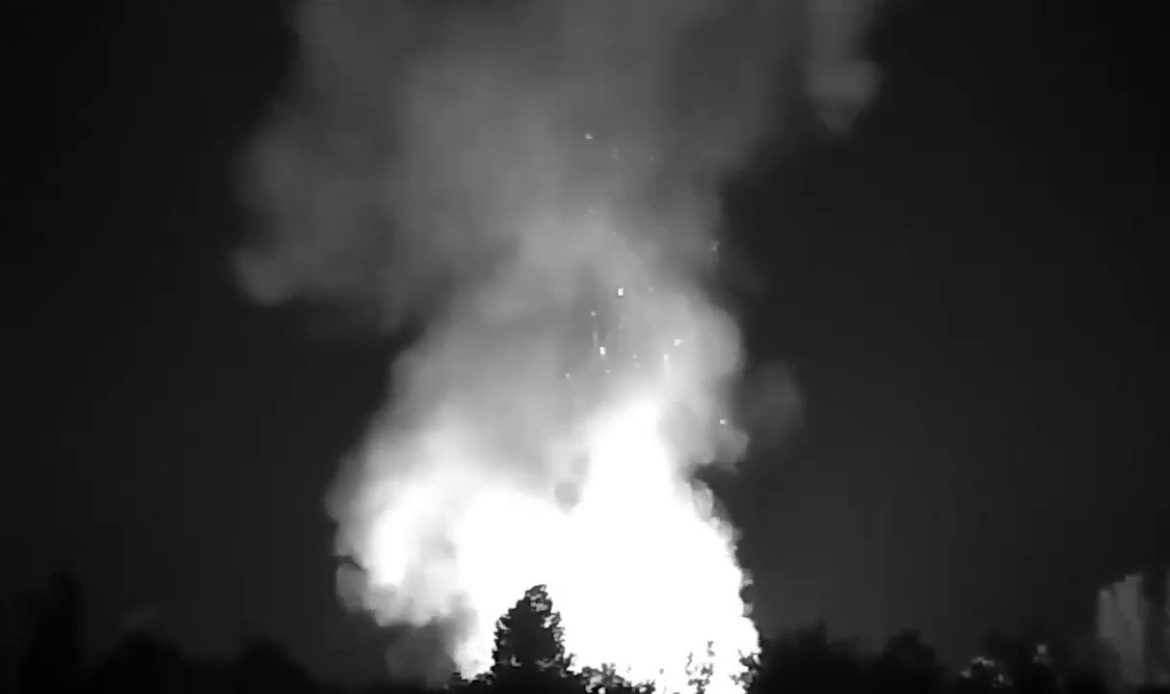 A massive blast rocked the area around the line of contact in the Karabakh region on Tuesday evening, when the Armenian forces struck a column of Azerbaijani vehicles carrying ammunition.
“The Artsakh Defense Army, the eastern direction; the destruction of a column of adversary vehicles with ammunition,” the Press Secretary for the Armenian Minister of Defense, Shushan Stepanyan, tweeted on Tuesday evening.
In the video released, a large fire can be seen engulfing the area where the vehicles were destroyed by the Armenian forces.