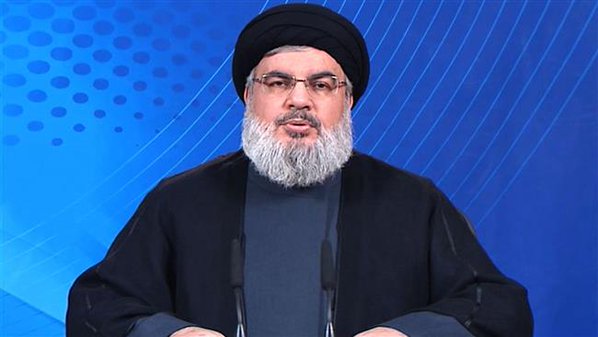 Israeli Prime Minister Benjamin Netanyahu said on Tuesday Hezbollah owns a precision missile factory near a gas company in downtown Beirut.
Netanyahu’s statements came during his speech on Tuesday evening at the 75th session of the United Nations General Assembly.
The Israeli Prime Minister warned that if this armament is not prevented, the disaster of Beirut Port will repeat.
Netanyahu released pictures of homes and civilian facilities in Lebanon, in which he claimed that Hezbollah had hidden the missiles in them.
Not long after Netanyahu’s speech, Hezbollah’s Secretary-General Sayyed Hassan Nasrallah responded to the Israeli leader’s allegations.
The Hezbollah leader challenged the media to head to the location that Netanyahu mentioned and see for themselves.
Nasrallah said the media will see that Netanyahu is lying about the presence of a precision missile factory in Beirut.