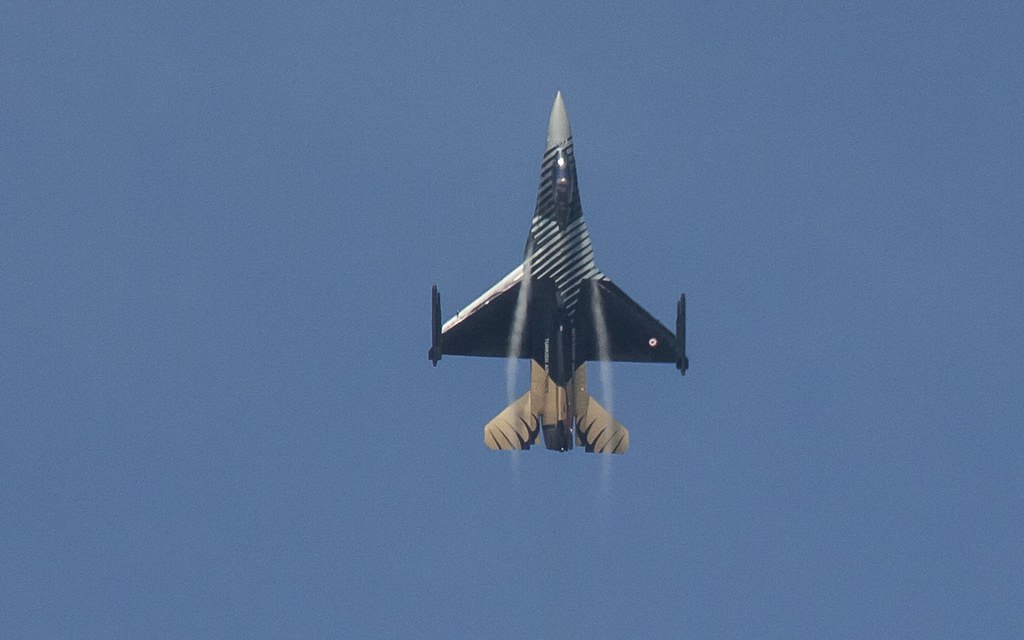 The spokesman for the Armenian Ministry of Defense, Artsron Hovhannisyan, said that Turkish F-16 fighters are flying bilaterally, over the conflict zone in Karabakh.
“I do not want to talk about the number of F-16s in our region, but they fly in bilaterally,” Hovhannisyan said in a press statement today.
He said that Armenia has evidence that a Turkish F-16 plane shot down an Armenian Su-25 attack plane over Armenia’s airspace yesterday. He expressed his readiness to present this evidence to the international experts.
“Only the F-16 can shoot down an attack aircraft flying at such altitudes at a distance of 60 kilometers. Its AMRAAM missiles can hit the target at a distance of 90-100 kilometers. As for the MiG-29 (which is in the Azerbaijani air force),” he said, “they are not able to. ”
Before that, the press secretary of the Armenian Ministry of Defense, Shushan Stepanyan, stated that a Turkish F-16 fighter had shot down an Armenian Su-25 bomber in the airspace of Armenia. But the Azerbaijani authorities denied this information.
Azerbaijan later claimed that the Armenian Su-25 jet crashed with another aircraft during its take off on Tuesday.