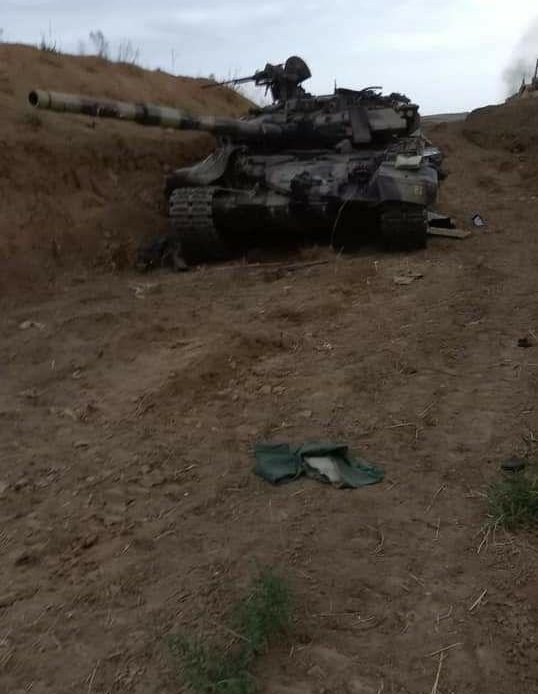 The Armenian forces in the Karabakh region have reportedly captured an Azerbaijani tank that was abandoned near the line of contact this week.
In the photos shared on social media, the tank abandoned by the Azerbaijani military appears to be a Russian-made T-90 tank.
The photos show the tattered T-90 tank parked in an undisclosed area near the line of contact in the Karabakh region.

The Armenian forces, also known as the Artsakh Defense Army, have captured several of the Azerbaijani military’s armored vehicles over the last five days, including some armored personnel carriers (APC).