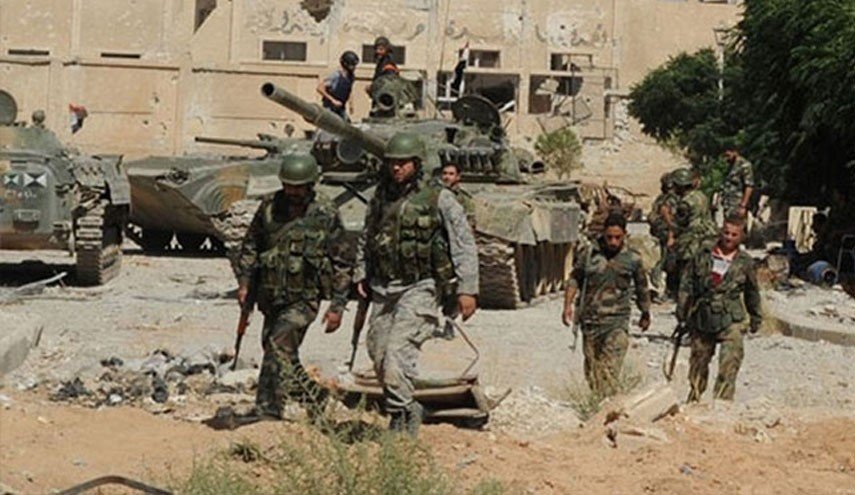 A new military operation along the Quneitra-Damascus axis is looming, an army source told Al-Masdar News from the Syrian capital city on Friday.
According to the source, another batch of reinforcements was dispatched from Damascus to the town of Kanaker earlier today.
The source said the Syrian Army is preparing to cordon off the town and begin an attack on the remaining militants that are holed up inside.
He added that the 200 some militants will be offered some terms to avoid a battle, which likely means they will be given the option to be transported to northwestern Syria.
Over the last two weeks, the situation inside Kanaker has raised security concerns, especially after some reports surfaced about kidnappings and attacks by militants there.
The operation will likely mimic the Syrian Army operation at the town of Sanamayn in northern Daraa.
In Sanamayn, the Syrian Army surrounded the town and tried to broker a deal with the militants inside before engaging in firefights with the later.
Southern Syria still remains a major security concern for the Syrian security forces, as sleeper cells working for the Free Syrian Army (FSA), the Islamic State (ISIS/ISIL/IS/Daesh), and Hay’at Tahrir Al-Sham (HTS) continue to wreak havoc inside the governorates of Daraa, Al-Quneitra and Al-Sweida.