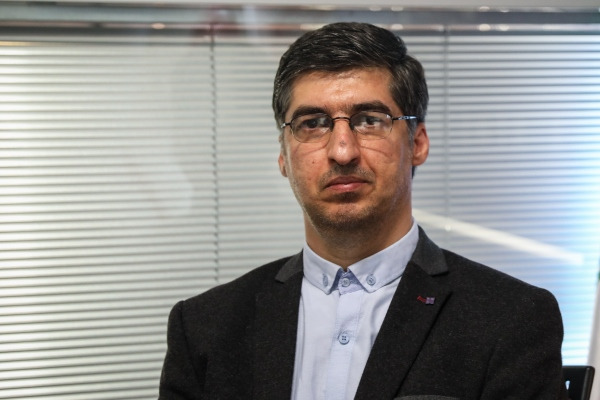 “Israel’s presence near the Iranian border would also put them in direct confrontation with Iran.” Dr. Javad Heirannia explains

Recently, the United Arab Emirates and Bahrain signed the “Abraham Accord” with Israel.  More Arab countries are rumored to be willing to also sign an alliance with Israel.  Analysts agree that the common perceived threat they share is Iran. “The enemy of my enemy is my friend,” is the glue which cements the once unthinkable alliances.  In an effort to better understand the various issues between Iran, the US, Israel and the region, Steven Sahiounie of MidEastDiscourse reached out to Dr. Javad Heirannia, a Middle East expert and director of international relations at Tahlil Bazaar News Agency.

Steven Sahiounie (SS):  The Obama administration signed a nuclear deal with Iran, but President Trump pulled out of the deal, and now he is saying that if he is re-elected he will make a new deal. In your opinion, will the Iranians be willing to sign a new deal with Washington, and will they ask for new conditions?

Javad Heirannia (JH):  The reason for Trump’s withdrawal from the JCPOA was that he wanted to negotiate a new agreement with Iran. In fact, he wanted to link Iran’s missile issues and regional policy to Iran’s nuclear issue. Note that the JCPOA is only about the Iranian nuclear issue, and the other sides in 5+1 knew that linking other issues to the nuclear issue would complicate the negotiations and would not work out.

Accordingly, linking issues such as the Iranian missile issue and regional issues to the Iranian nuclear issue is not desirable and makes it difficult to reach an agreement. Iran is not particularly willing to talk about missiles.

SS:  The US has started a new package of sanctions against Iran.  Why would Trump do that if he is promising to negotiate with Tehran?

JH:  At the same time, Trump is pursuing a carrot-and-stick policy toward Iran. On the one hand, by raising the issue of negotiations with Iran, he intends to present himself to the public as a peace-loving person who believes in diplomacy. Especially in the months leading up to the US presidential election, in order to convince American public opinion that he believes more in diplomacy than his rival, Joe Biden. So Trump has talked to Iran and reached an agreement within a week. In fact, this is his trick to win the votes of some people in America.

But on the other hand, by imposing the sanctions against Iran, Trump is trying to tell his supporters (voters) that the campaign of maximum pressure on Iran has not come short. This is also to the liking of the lobby of AIPAC and Israel and countries like Saudi Arabia to show that they will not fall short in any way against Iran.

SS:   Since the assassination of General Soleimani, the tension between Tehran and Washington has been on the highest level and sometimes close to war. Do you see a possible war between the two, or just a cold war?

JH:  In recent months, the United States has sought to provoke Iran into launching a limited war against Iran. But Iran consciously thwarted the US conspiracy. Iran has declared that the beginning of any war means the mother of all wars. In other words, if the United States wants to start a limited war, but Iran will not limit it and will pull the war toward all the positions of the United States and its allies in the region. Therefore, this issue is not in Trump’s favor, especially in the run-up to the elections. Iran is also reluctant to go to war because of the economic situation in the country.

Therefore, at present, the possibility of war and conflict is low.

SS:  The Israeli occupation, supported by the US, is building up a coalition against Iran, and several Arab countries are included.  Do you think that the resistance path from Gaza to South Lebanon to Syria to Iraq and to Tehran is ready for the next stage of this conflict that the Israeli occupation is preparing for?

JH:  The normalization of Israel’s relations with Arab countries is a kind of coalition against Iran and draws Israel to the borders of Iran. This will be a dangerous move by countries such as the UAE and possibly in the future by Bahrain and Saudi Arabia. Because the presence of foreign agents in the Persian Gulf region leads to more insecurity and security dilemma. Especially the presence of Israel in the region, which has a problem with Iran and is Iran’s main enemy. Therefore, Iran takes this presence seriously. Iran has stated that it has exposed itself to the resistance front with the presence of Israel in the region and near the borders of Iran. Given the actions of Lebanese Hezbollah, the Hamas movement, and the resistance forces in Syria, Israel’s presence near the Iranian border would also put them in direct confrontation with Iran and groups such as Yemen’s “Ansar Allah,” (Huthis) or perhaps the Iraqi Al-Hashd al-Shaabi.