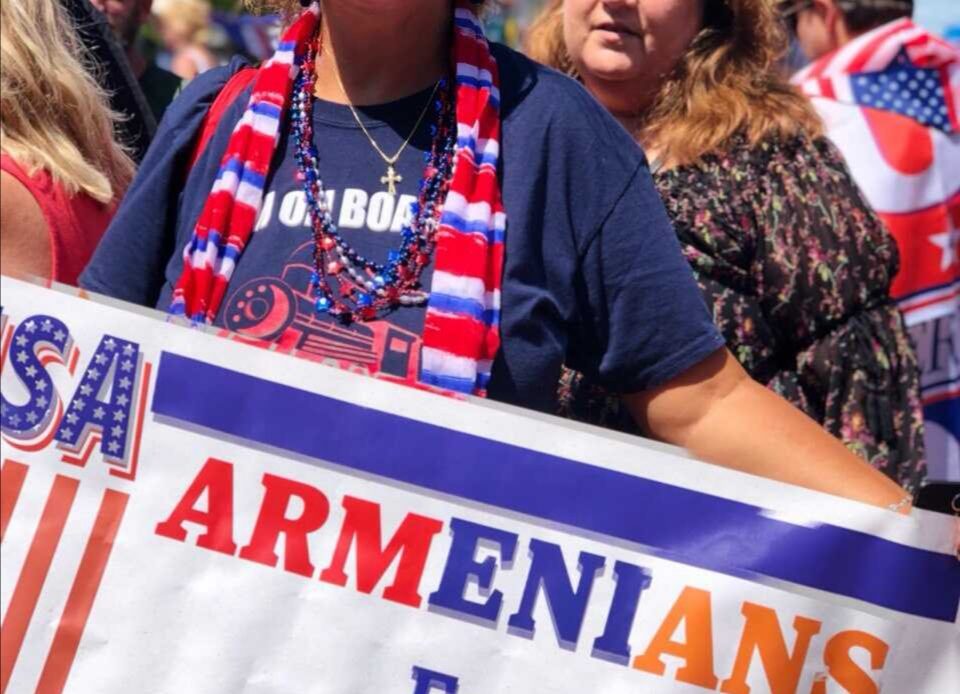 Will America turn their back on Armenians again?

They say, ‘Timing is everything’.  US President Trump fell ill with COVID-19 simultaneously as Armenian Prime Minister, Nicol Pashinyan, was waiting for a phone reply to his previous request for urgent help from the White House.

On Oct. 1 Pashinyan spoke by phone with Robert O’Brien, Trump’s national security adviser, asking: Why is nothing being done to stop the US ally, Turkey, from using American-made F-16 jets against Armenians in the region of Nagorno-Karabakh?

O’Brien had promised to set up a phone conversation between Pashinyan and Trump, but hope for American help for Armenia vanished just a few hours later when Trump announced that he had tested positive for COVID-19.

The Foreign Ministry of Iran said Monday it is working on a peace plan to ending the fighting between Armenia and Azerbaijan, both of which share a border with Iran.

Spokesman Saeed Khatibzadeh said, “Iran has prepared a plan with a specific framework containing details after consultations with both sides of the dispute, Azerbaijan and Armenia, as well as regional states and neighbors, and will pursue this plan.”

Since the beginning of the conflict, stray mortars have injured a child and damaged some buildings near the border with Azerbaijan, and Khatibzadeh warned both sides against enlarging the conflict zone onto Iran’s territory.

Fighting erupted on Sept. 27 and has killed dozens on both sides.

The breakaway enclave of Nagorno-Karabakh lies in Azerbaijan, but has been under the control of ethnic Armenian forces backed by Armenia since the end of a separatist war in 1994, and has seen many military flare-ups over the years; however, the current battlefield may erupt into a much bigger regional war, due to President Erdogan of Turkey actively participating in the conflict against the Armenians.

The International Committee of the Red Cross warned of attacks on populated areas which are taking a deadly toll on civilians.

PM Pashinyan calls the conflict a “civilizational front line”, referring to the Armenians who are Christians, and the Azerbaijanis who are Muslims and backed by Erdogan of Turkey, who has morphed his secular modern nation on the doors of Europe, into a new Turkey governed by the Muslim Brotherhood, an internationally banned terrorist group.

The former Ottoman Empire of Turkey killed an estimated 1.5 million Armenians by the end of World War I. The US Congress and many countries have declared that slaughter a “genocide.”

Erdogan has said of his support of Azerbaijan in the current conflict, “We must finish the work of our grandfathers,” which Armenians worldwide recognize as the Turkish national preoccupation with oppressing Christians. The Armenians of Kessab were not surprised that in 2014 Turkey was once again in bloody-thirsty pursuit of them.

Turkey is not only providing air support against the Armenians but also recruiting Syrian mercenaries from among the terrorists Turkey supports and protects in the terrorist occupied enclave at Idlib, Syria.  Erdogan is paying three thousand dollars per month to each terrorist he moves from Idlib to Azerbaijan.

The US, EU, and NATO have long objected to the Syrian and Russian campaign against the Al Qaeda terrorists in Idlib, who continue to hold 3 million civilians as human shields in Idlib.

Erdogan has already involved Turkey in fighting proxy wars in Syria, Libya, and now Azerbaijan.  His domestic audience is unable to voice opposition after Erdogan has jailed tens of thousands of activists and intellectuals, and Turkey is considered to be the largest prison for journalists on earth.

NATO Secretary-General Jens Stoltenberg said recently while in Ankara that the 30-country military alliance is “deeply concerned by the escalation of hostilities,” in Nagorno-Karabakh, and urged Turkey to help end the fighting.

“I expect Turkey to use its considerable influence to calm tensions,” Stoltenberg said after talks with Turkish Foreign Minister Mevlut Cavusoglu.

History of the conflict

Nagorno-Karabakh was designated an autonomous region within Azerbaijan during the Soviet era, and it claimed independence from Azerbaijan in 1991, just three months before the Soviet Union’s collapse. 30,000 people were killed in a full-scale war in 1992, and by 1994 the war ended with Armenian forces holding Nagorno-Karabakh and substantial areas outside of the borders.

At dawn on March 21, 2014, armed terrorists of Jibhat al Nusra, the Al Qaeda affiliate in Syria, and the US-supported Free Syrian Army (FSA) attacked the small village of Kessab, Syria which sits on the Turkish border.  The residents, landowners, and farmers are ethnic Armenians.

Rafi Der Jiboujian, an eye-witness said, “Turkey opened the border, and the armed groups came into Kassab, shooting and firing missiles at us. One missile from Turkey hit the local police station. We evacuated the area because if we hadn’t left they would have butchered us, cut our heads off.”

US Ambassador Powers lies about Kessab

Representative Adam Schiff (D-CA) questioned the US Ambassador to the UN, Samantha Powers, in front of a Congressional hearing in April 2014 concerning the Kessab attack.  Schiff represents an area in the greater Los Angeles region which is home to a major Armenian American community, many of whom are the leaders of industry in Los Angeles.  Amb. Powers lied directly to Rep. Schiff, the US Congress, and the American people.  She said, “I would note that, unfortunately, the extremist group that appears to have taken hold of that town is not one that the United States and the United Nations overall has a great deal of leverage over. And so, our emphasis now is on supporting the moderate opposition in Syria that is taking on those extremist groups,” and she added, “So, it’s resources, it’s strengthening the moderate opposition which is taking on ISIL – the very group that appears to have taken over that town.”

Amb. Powers was fully aware that it was the US-supported FSA who participated in the attack alongside Jibhat al Nusra and were occupying Kessab when on April 1, 2014, the leader of the US-backed Syrian opposition, Ahmed Jarba, traveled to Kessab to meet with the FSA troops and congratulate them on the attack and occupation of a Christian village in Syria, which resulted in deaths, kidnappings, rapes and the permanent displacement of the majority of residents.

Amb. Powers was fully aware that ISIL was not part of the attack on Kessab, but it was the FSA, the “moderate opposition” that Obama and Sen. John McCain (R, AZ) had supported with billions of the US tax payer’s dollars in weapons, training, and payroll through the CIA office in southern Turkey.  In 2017 President Trump cut the CIA project.

On May 13, 2014, Ahmed Jarba was sitting in the Oval Office at the White House with US President Obama, Susan Rice, and John Kerry, having left the blood stained streets and homes of Kessab to fly to the US.

Hundreds of protesters took to the streets of Los Angeles recently, waving Armenian flags and holding up signs that demanded US media pay attention to the armed conflict in Nagorno-Karabakh. Today, the large and historic Armenian community of Fresno, dating back to 1880, are marching through their streets once famous as the Raisin Capital of the World.

Even though the US is home to the largest Armenian community outside of Armenia, the US government in the days of the Obama administration, and now during the Trump presidency, do not view Armenian suffering, death, and destruction as an important issue.  Trump was elected on an isolationist strategy: America first. Trump’s supporters commented that the recent protests in Los Angeles by local members of the Armenian American community, principally in Glendale, were a nuisance to traffic.  Trump’s base advised the Armenians of L.A., who have been American citizens for at least 3 generations, to “go to Armenia and fight!”, signaling they do not support ethnic communities in the US, but rather consider ‘real’ American citizens as a pure-strain, free of attachments to ancestral homes.

Trump administration ‘asleep at the wheel’

Trump has “simply not been paying attention and been completely disengaged,” said Thomas de Waal, a British expert on the region and author of a book on Nagorno-Karabakh, “Black Garden: Armenia and Azerbaijan Through Peace and War.”

If Armenia today is betting that the US will step-in with support, they may lose their bet, if they recall the US position after the attack on the Armenian village of Kessab, in Syria.