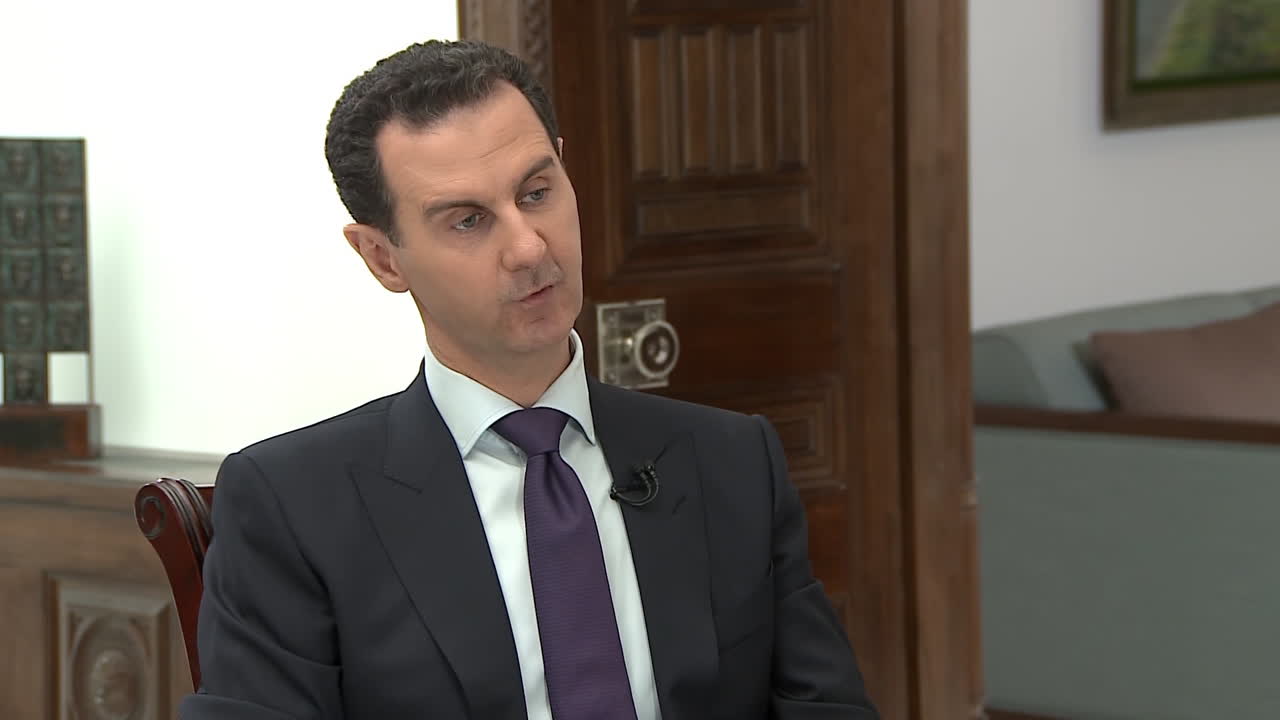 In an interview with the Russia’s Zvezda TV on Sunday, Syrian President Bashar Al-Assad said he appreciated the Russian role in Syria, stressing that the Russian army has extensive experience in fighting terrorism.
Assad said in an interview on the occasion of the five-year anniversary of the start of the Russian operations in Syria:
“There is no doubt that the Russian army has various experiences, whether we return to the Great Patriotic War, in which it gained military experience in a classic war, in addition to the experiences of Chechnya, which is an unconventional war similar to the war we fought. (The Syrian war) on the one hand, it was a war supported from abroad with the aim of weakening Russia, and perhaps with the aim of dividing it, and in it terrorist groups appeared in different ways in the form of sleeper cells.”
The Syrian President pointed out that the Syrian army had various experiences gained from “the struggle with terrorism in the second half of the seventies, which lasted until the beginning of the eighties, it was also a struggle with extremist terrorist groups.”
The Syrian president continued, “But this war (in Syria) was closer to the Chechen war in terms of external support and in that they are fighting an unconventional war. It is less than an army but more of sleeper cells. There is no doubt that the combination of the two Russian experiences in dealing with terrorism and Syria was very important.”
Assad pointed out that the terrorist cells had developed their methods in previous years, and fighting them was like “lessons that we and you, the Syrian and Russian armies, can learn in dealing with terrorism. I can say that it was a very rich experience in military terms, and as long as terrorism did not stop, it will be. There are always new lessons because every battle we were fighting was different from the other, but there is no doubt that the combination of two great experiences had a great impact, especially for us in Syria. ”
The Syrian President spoke about the period after the end of the battles in Syria, and the role of the Russian bases in the coming period, indicating that the world “lives in an international jungle and not under international law, and the reason for this forest is that for a quarter of a century there was no international balance … this balance. The international community needs Russia’s role, politically in international organizations and militarily, and on the military side, there must be rules. ”
Assad talked about the benefits that Syria would gain from the existence of these bases, saying:
“I can say that most of the countries in the world will benefit from this international balance, meaning that the benefit of Syria will be indirect through this new balance. So we should not put the Russian presence only in the framework for combating terrorism, because the agreement is forty-five years old, and terrorism will not continue for forty-five years, but there is a post-terrorism, which is the Russian role necessary for international balance in which the military presence in different regions of the world plays a fundamental role.”
“Of course, when the West gives up military force to create problems in the world, Russia may not need such bases, but now Russia and the world need this balance.
Later in the interview, the Syrian President discussed the historical battle for Stalingrad, which turned the tide of the eastern front of World War II.
“When you talk about Stalingrad, before you mention the military victories, you remember the steadfastness of the people first, that is, the sons of Stalingrad. Without this steadfastness, the Russian army would not have been able to start a major attack. The same thing happened in Syria .. had it not been for the steadfastness of the people of Aleppo, it would not be possible for the army to be able to prepare for a big battle.”
The Syrian president talked about a coincidence between the battles of Aleppo and Stalingrad, and said, “Coincidentally, the other comparison is that the army in Stalingrad launched an attack towards the west until the end of World War II, and in Aleppo also the army moved to westward, and the continuation of liberation towards Idlib must be west.”