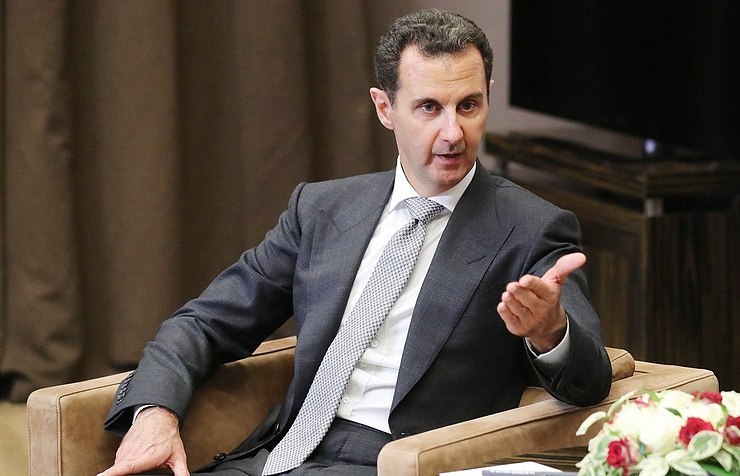 Syrian President Bashar Al-Assad stated in an interview with the Sputnik News Agency that Erdogan is the main instigator of the conflict in Nagorno Karabakh, noting that the Turkish President had previously supported terrorism in Syria and Libya.
“Let’s be very clear and frank, Erdogan has supported terrorists in Syria, and he supports terrorists in Libya, and he was the main instigator and torch of the recent conflict that is still going on in Nagorno-Karabakh between Azerbaijan and Armenia.”
“Therefore, I will describe his behavior as dangerous, and for different reasons. First, because it reflects the behavior of the Muslim Brotherhood. The Muslim Brotherhood is an extremist terrorist organization. Secondly, because it ignites wars in different regions only to divert the attention of its local audience in Turkey from focusing on its behavior inside Turkey, especially after his blatant relationship with ISIS in Syria. ”
It is noteworthy to mention that intense battles began a week ago in the Karabakh region between the Azerbaijani forces and the regional forces in the fiercest military escalation in nearly 30 years, as Azerbaijan demands the return of the region and other areas it lost to Armenia in the 1990s.
In this regard, the French President, Emmanuel Macron, had stated that he had information indicating that Syrian fighters had moved through Turkey to fight in Karabakh.
Many publications have reported that Turkey transferred Syrian fighters loyal to it to fight in the Karabakh region alongside the Azerbaijani forces.
On the other hand, Syrian President Bashar al-Assad considered that “the term international community” means “great powers and rich countries,” stressing that this society uses Turkey to implement its policies in the region.