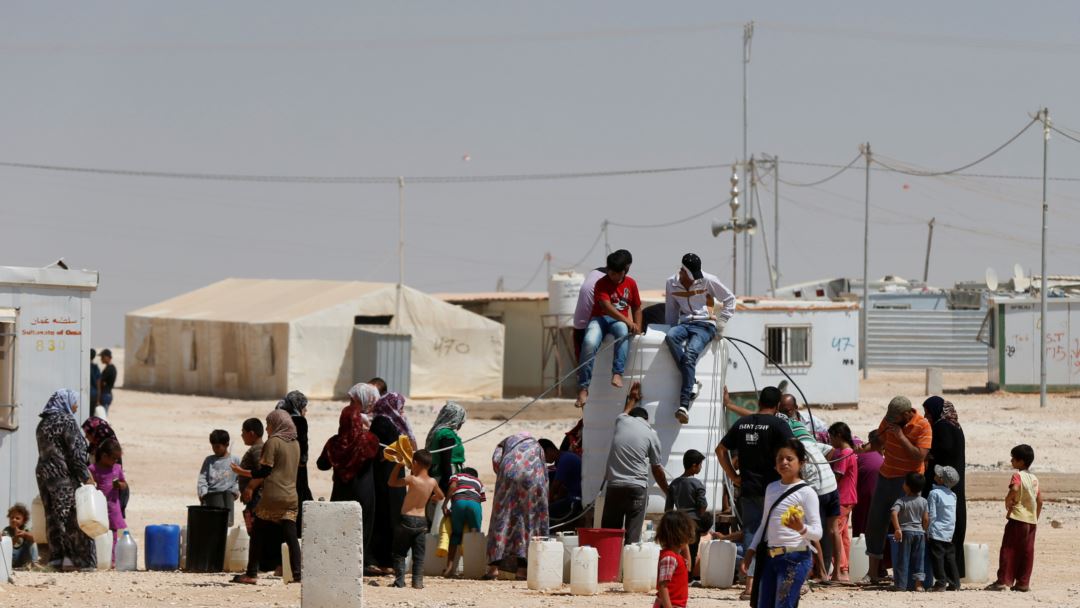 The residents of Rukban camp on the Syrian-Jordanian-Iraqi border, which houses more than 50 thousand Syrian refugees, are still suffering amid local and international warnings of the significant decline in the humanitarian and living conditions as a result of the US forces blocking the camp, preventing anyone from leaving and relief aid from entering.

The health conditions in the camp are among the worst to suffer, due to lack of the minimum health and medicine supplies for the residents and their children, which threatens a possible human tragedy with the spread of the novel Coronavirus. However, America does not care about this imminent danger, and continues to commit its human crimes against the camp residents.

Although there are no recorded coronavirus infections inside Rukban camp till now, it does not exclude it from the possibility of a serious health crisis if the virus spread. International organizations, including WHO, warned that Corona spread at Rukban camp will have a “catastrophic” results.

This situation is due to American practices and the siege on the camp, rejecting all local and international initiatives to evacuate the camp from the displaced and return them to their villages, which the Syrian army has regained control over.

America is exploiting the refugees in the camp to portray the Syrian community for international view according to its interest. Since many parties have the intention and ability to solve the camp problem, and the areas where residents of Rukban fled are stable and available, America rejects and deliberately keeps the Syrian scene on the international screen as unstable, accusing the Syrian state of “failing” to secure refugees.
However, the reality proves exactly the opposite, as many Russian and Syrian attempts were made to evacuate the refugees from Rukban camp, transfer them to the areas of the Syrian state and return them to their safe villages and towns. Russia was able to achieve some progress in this matter and take out a number of refugees earlier, but US rejection and obstruction of efforts to secure the people continue and increase dramatically.

The largest batch of Syrian refugees exited by Russian efforts was last November, counting more than 18 thousand people, including more than 9 thousand children. after that, the American intransigence and refusal to evacuate other batches of refugees increased, under the pretext of alleged ” absence of information about the state of the temporary shelters where refugees will be transferred”.

Rukban camp does not have currently most basic living necessities because of US measures, mostly affecting children due to lack of milk and necessary health vaccinations for them, noting that no health or relief organization has entered the camp for nine months.

Faced with this bad situation, the camp residents raise their voices again demanding the international community and organizations to solve the issue of American blockade they are living, by putting pressure on America either to allow relief aid to enter or residents to return to their homes, hoping that Russia will not stop its efforts and relentless attempts to secure the process of taking them out the camp.