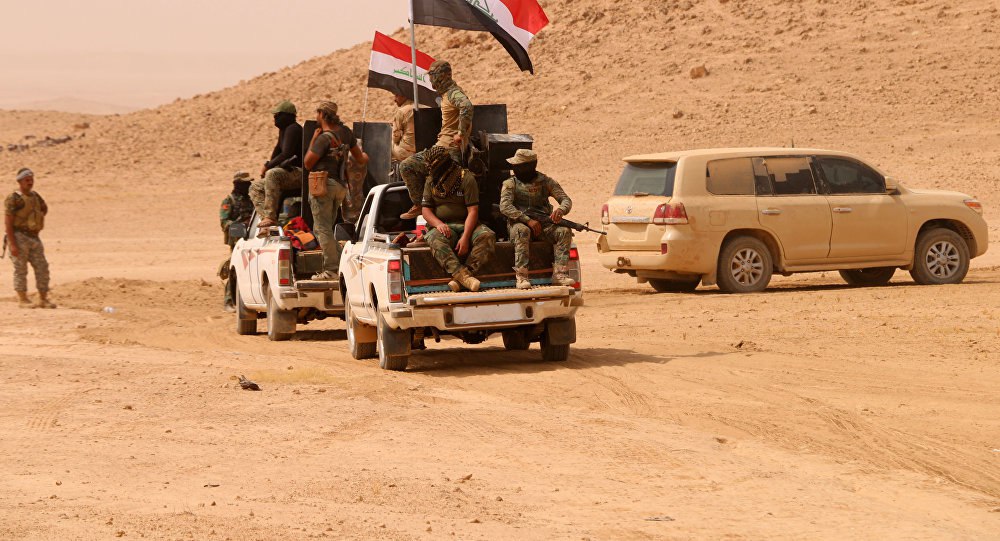 On Thursday, the Iraqi forces carried out an operation that killed a high-ranking commander from the Islamic State (ISIS/ISIL/IS/Daesh) terrorist organization in the Kirkuk Governorate.
The spokesman for the Commander in Chief, Major General Yahya Rasool, said on his official Twitter page: “For the second day in a row, the Counter-Terrorism Service is carrying out an airdrop in the Zghitoun Valley, west of Kirkuk.”
Rasool added, “It resulted in the killing of the terrorist (A.M.), one of the leaders of the ISIS gangs, as this operation was characterized by its quality and speed, which was in cooperation with the Iraqi National Intelligence Service.
The Iraqi security forces continue to search, cleanse, and pursue the Islamic State’s remnants throughout the country to ensure that the organization and its fleeing elements do not reappear.
In December 2017, Iraq announced the liberation of all of its lands from the grip of the terrorist group after nearly three and a half years of confrontations with ISIS, which occupied about a third of the country at one point.