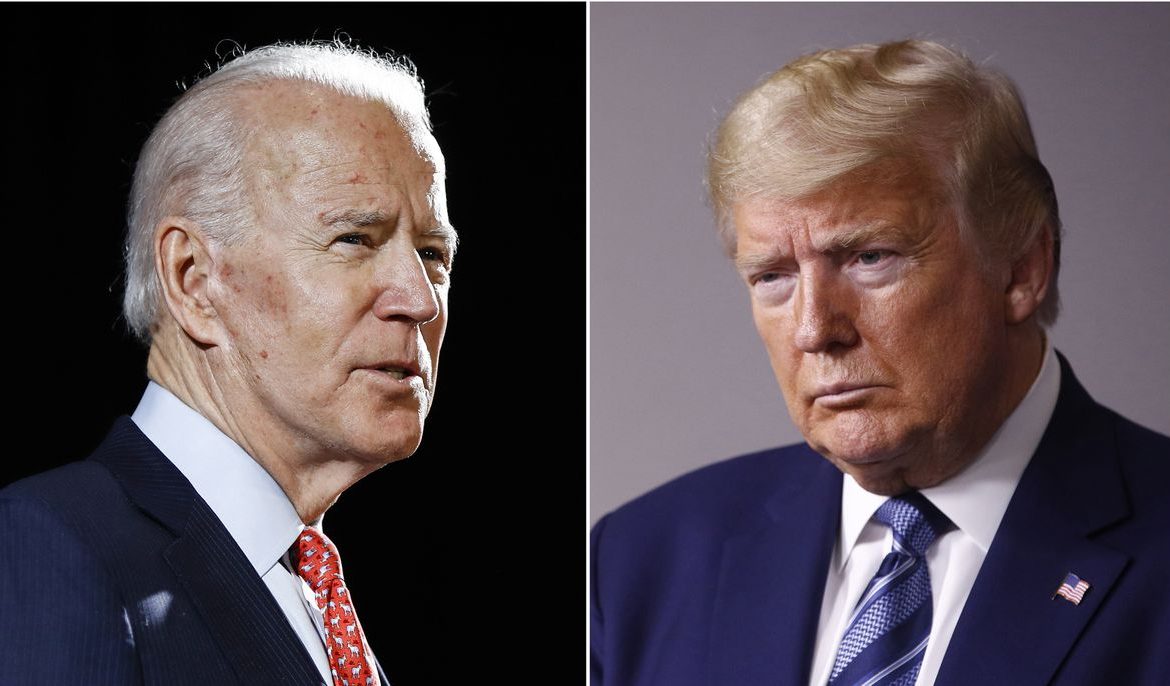 Trump or Biden: An American cliffhanger

Tonight, a fierce fight is being waged in the US. The incumbent President, Donald J. Trump, is up against his rival, former Vice President Joe Biden. November 3 is election day, but it may take days to thoroughly count all the eligible voters. Almost 100 million votes were cast early, and by the polls closing today, we will know how many more came in person to vote.

The soul of the nation

The soul of the nation. according to Eric Gregory, professor of religion at Princeton University, “…reveals something about the current political conversation, in times of crisis and change, a corruption of sickness.” He added further, “In ancient politics, the health of society had a lot to do with the virtue of the ruler.”

Rev. Dr. Martin Luther King Jr. and other civil rights leaders used the motto “to save the soul of America,” in 1957 when founding what is now the Southern Christian Leadership Conference.

Some have asked recently if the country even has a soul, with many assuming the soul of the country was lost long ago, perhaps on or before March 20, 2003.

Anthony Scaramucci is an American financier who served as the White House Director of Communications for ten days in 2017. Even though he had been fired quickly, he remained fiercely loyal to his former boss for two years, until Trump started an attack on Twitter.  “Once he attacked my wife, I took the gloves off because you’re not allowed to attack my family members or my wife. He knew my wife and I were having marital issues in 2017 and he still went after her on the presidential Twitter feed, so he’s a low life. Once he did that, then I just started eviscerating him.”

President Donald Trump mocked Fox News host Laura Ingraham for wearing a mask while attending his campaign rally in Michigan on October 30, 2020. Health officials had been critical of Trump holding jam-packed rallies in which most attendees did not wear masks.  Trump looked out into the audience to find his supporter.

“Where is Laura? Where is she?” He continued, “I can’t recognize you. Is that a mask? No way, are you wearing a mask? I’ve never seen her in a mask. Look at you. Laura, she’s being very politically correct. Whoa!” as the crowd ate up the humiliation the President heaped upon the Fox News host.

Michael Cohen’s book, Disloyal: A Memoir, was written during his jail term for Trump campaign finance violations, among other crimes.

Cohen alleges that Trump is “guilty of the same crimes” that put him in prison, and calls his former boss “a cheat, a liar, a fraud, a bully, a racist, a predator, a conman”.

The personal lawyer of Trump had worked for him for decades and was extremely loyal to Trump, so loyal that it landed him in prison. But, in his darkest hours of legal woes, Trump dropped him like a hot potato.

Trump has a personality defect: he does not maintain relationships with friends.  He uses people, but after benefitting from them he moves on, without looking back.  Very different from former President George W. Bush, who is well known for having the same circle of friends from childhood, who he consulted even while in the White House.

A fellow Republican’s assessment of Trump

Nebraska Republican, Senator Ben Sasse, held a telephone town hall with his constituents. During the call, one person asked why Sasse was critical of the President.

In response, he accused the president of cozying up to dictators, mistreating women, flirting with white supremacists, and irresponsibly handling the coronavirus pandemic.

“The United States now regularly sells out our allies under his leadership, the way he treats women, spends like a drunken sailor,” Sasse continued. “The ways I criticize President Obama for that kind of spending; I’ve criticized President Trump for as well. He mocks evangelicals behind closed doors. His family has treated the presidency like a business opportunity. He’s flirted with white supremacists.”

Experts suggest with a federal mask mandate, and enforcement, the economy could remain active, knowing that workers can go to work safely, while protected by masks, hand washing, and social distancing.  Businesses could open responsibly, though some would be serving fewer customers because of restrictions, still, they would be open, and employees working for a paycheck, not a government hand-out.

The narcissistic businessman treated foreign policy as a transaction, which failed. He ignored allies and refused to grow into his job.  He expected all other leaders to change to suit himself.  It was always only about him.

In November 2017, at the APEC summit in Vietnam, Trump told the other leaders he was looking out for his national interests. “I am always going to put America first; the same way I expect all of you in this room to put your countries first.” In that same speech, he denigrated China, saying “we can no longer tolerate these chronic trade abuses and we will not tolerate them.”

Trump exchanged love letters with North Korean leader, Kim Jong Un, but failed to forge an agreement with the country who poses a nuclear threat to California.

The Obama-era JCPOA (Joint Comprehensive Plan of Action) with Iran was torn up by Trump, but he never offered a replacement for the deal which US allies had been supporting.

Trump ran up the debt

The US budget deficit reached $3.1 trillion in 2020, up from $1 trillion last year. The deficit represents the gap between government spending and tax revenue and shows the dramatic surge in spending as the pandemic devastated the economy.

However, the debt has risen due to heavy spending of the Trump administration before the pandemic, which is opposed to the Trump 2016 campaign promise to eliminate the debt over eight years.

Biden threw his hat into the ring

Joe Biden has said his concern for the soul of the nation was sparked by the remarks of Trump after the deadly white nationalist rally in Charlottesville, Va.

Joe Biden has offered a more traditional leadership style and has promised to work with allies, ease tensions with Iran, and remain pressure on China.

“I think he is just talking on basic terms, getting back to terms of human decency, interaction that is respectable, regardless of your income, your ideology, your color,” said Dorlimar Lebrón Malavé, who leads the First Spanish United Methodist Church in East Harlem, while adding, “For me, that is good enough.”

In the past, citizens of foreign countries abroad, often felt it didn’t matter who won the White House.  But, this election is different. The whole world is now glued to the reporting emanating from the US.

Trump has been the most divisive American president in recent history. His policies reach right around the world, while his tweets are legendary. The world doesn’t vote for the US president, but the world feels the impact of the office-holder.

The reality TV show, “The Apprentice”, introduced the world to the real Donald J. Trump.  To many, he appears as if he were still on a Hollywood contract, appearing in a reality show called “The President”. The question remains: are we watching the dramatic last episode, or will we see a sequel?