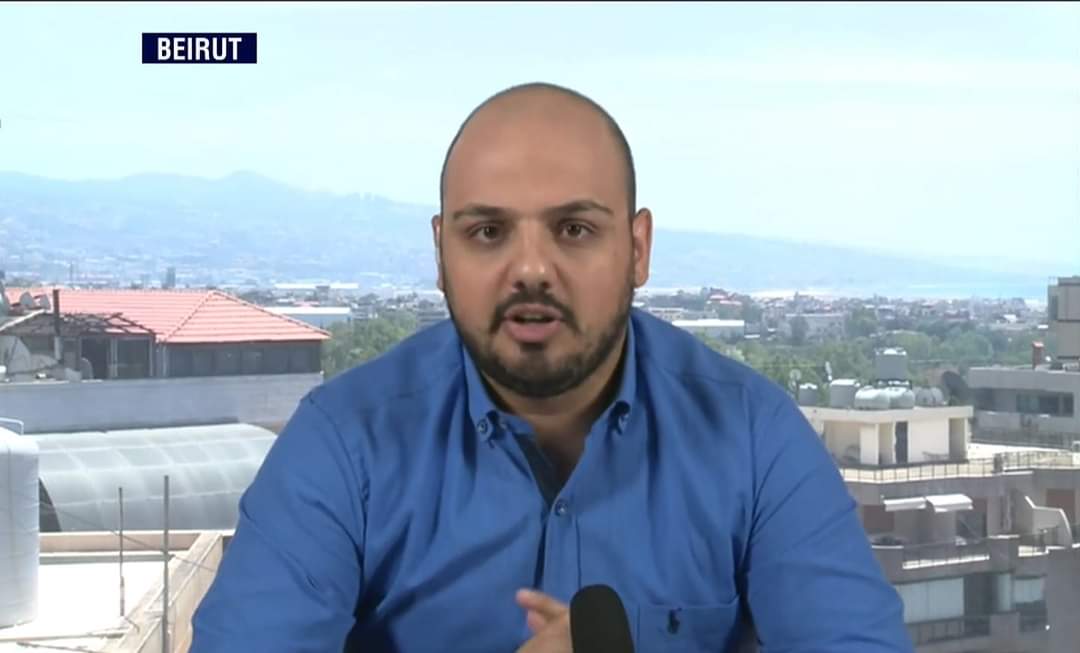 Steven Sahiounie, a Syrian-American journalist, believes that while Western and European sanctions prevent the import of replacement parts needed by Syria in infrastructure projects, the ability of Iranian industrial engineers to build what is needed could be a vital path around and behind Western sanctions.

Sahiounie tells the Bazaar in an exclusive interview that the prospects for continuing bilateral relations between Iran and Syria are good.

“They both share the same dedication to peaceful relations with countries in the Middle East region while holding firmly to the ideal of resistance to the occupation of Palestine, and demanding that the rights of the Palestinian people be restored without delay”, he said.

Steven Sahiounie is an award-winning journalist, and chief editor of MidEastDiscourse. He has appeared on RT, PressTV, Syrian News, as well as international TV and radio programs. As a Syrian-American journalist and political commentator, he is often sought out concerning currents events facing Syria and the region.

Following is the text of the interview:

Bazaar: How do you predict the prospects for bilateral relations between Iran and Syria?
Sahiounie: The prospects for continuing bilateral relations between Iran and Syria are good.  They both share the same dedication to peaceful relations with countries in the Middle East region while holding firmly to the ideal of resistance to the occupation of Palestine, and demanding that the rights of the Palestinian people be restored without delay.

Bazaar: What are the current economic relations and volume of trade between Iran and Syria?

Sahiounie: The trade officials of both Syria and Iran have worked toward establishing industrial and economic free trade zones jointly, with an emphasis on the private sector.
Iran and Syria are slated to boost bilateral trade volume from $500 million to $1 billion within the next year.

Bazaar: What is the major part of Syrian exports?

The US-NATO attack on Syria beginning in 2011 has devastated lives, the infrastructure, and the economy. The continuing sanctions by the US and EU are designed to keep the war against the Syrian people going, even though the battlefields are silent, except for Idlib, which is under the military occupation of Al Qaeda.

The data from 2010 shows that 81.1% of products exported from Syria were bought by importers in Iraq, Italy, Germany, Turkey, Saudi Arabia, France, Lebanon, Jordan, United States, Netherlands, Egypt, and Spain. Due to the US-EU sanctions against Syria and the Arab monarchies of the Persian Gulf region boycotts, the markets for Syrian goods were closed due to political ideology. Iraq, Lebanon, and Jordan have maintained some trade with Syria in defiance of the western bullies.

The Syrian government is working with a comprehensive plan for agricultural development and expansion of agricultural and food industries to enhance the Syrian economy in the face of the sanctions and the unfair siege on the livelihood of the Syrian people.

Bazaar: What is the most important economic project of the two countries at this present?

Sahiounie: The project to build a railroad connecting Iran’s Shalamcheh border crossing, to the Iraqi port of Basra, and finally to reach Syria’s Mediterranean port city of Latakia is the most important economic project between Syria and Iran.

The project has been on the drawing board for years and is now in the beginning stages. The mammoth railroad line will be linked to the New Silk Road, also known as China’s Belt and Road Initiative, which in turn is also linked to the Russian railroad system.  Once completed, western sanctions on Syria and Iran will be thwarted.

Bazaar: What is the most important tool to protect the continuation of bilateral economic relations?

Sahiounie: The most important tool for Iran and Syria to use to protect their continuing bilateral economic relations is in supporting the two countries’ private sectors, both in trade and industry, for the benefit of investment opportunities in the free zones. The bartering system of exchanging goods and services without the use of currency is another tool that can be effective.

Bazaar: The trade between the two countries is set to reach $ 1 billion by next year. What are the plans for expanding bilateral trade? What ?is your opinion?

Sahiounie: Plans to expand bilateral trade include mechanisms to enhance commercial exchange and develop cooperation in the field of research laboratories and medical equipment and infrastructure projects, development, and investment.

The agreement is known as “long-term strategic economic cooperation”, which includes industrial, trade, and agricultural cooperation. Education, housing, public works, railroads, and investments are covered in other agreements.

An important banking agreement between Iran and Syria has been reached, which sends a message to the international community about the depth of Syrian-Iranian cooperation and will benefit Iranian companies wishing to invest in Syria and participate in reconstruction.

Syria and Iran signed several agreements worth $142.5 million, involving Iranian companies involved in the restoration of more than 2,000 MegaWatts of power production capacity, and additional projects by the dozens in the oil and agricultural sectors.

Bazaar: What is your opinion about the impact of Caesar’s law and resulting US sanctions on Iran-Syria trade?

Sahiounie: The impact of Caesar’s sanctions is psychological. To instill fear into the minds of all Syrian people, as well as all countries which would conduct business with Syria.

Layer, after layer of sanctions, has been applied to Syria, to destroy the Syrian government, and installing a US puppet to be the ultimate ‘yes-man’ to Washington.

As Syria and the entire world grapple with the COVID-19 pandemic, the imposition of such inhumane sanctions has increased the suffering of the Syrian people.  Instead of coming to the aid of people inside Syria with medical supplies to cope with the pandemic, the sanctions prevent medical companies abroad from doing business with merchants in Syria in the medical supplies industry, for fear of being tracked down and fined by the US Treasury Department.

Horror stories have been heard of companies in Europe who sent medicines and supplies to Syria, only to be tracked down in their own offices in Europe by US authorities enforcing the sanctions against anyone who would dare to throw a lifeline to anyone in Syria.

Bazaar: What is your assessment about Iran’s role in Syria`s reconstruction?
Sahiounie: Since 2017, Iranian companies have participated in rebuilding expos in Syria, and in 2019, the Syrian–Iranian Joint Chamber of Commerce held its first meeting. Iran is poised to play a leading role in the reconstruction of Syria.  Projects include residential buildings, power stations, agriculture, telecommunications, oil, and mining.

In 2018, Iran signed a Memorandum of Understanding with Syria to construct 200,000 housing units near Damascus alongside other large projects
Iranian companies are participating in several major projects in Syria’s energy industry, including a gas-fired power plant project in Aleppo
Iran’s largest energy construction company, MAPNA Group, is engaged in the construction of the 540-MegaWatt combined-cycle power plant in Latakia.

Over 95 percent of the power plant equipment and much of the equipment in the Iranian electricity and water industry are domestically manufactured and can repair steam, natural gas, combined-cycle, incineration, and turbines of generators, as well as make strategic parts for power plants.

While the US-EU sanctions prevent Syria from importing much-needed replacement parts for infrastructure projects, the ability of the Iranian industrial engineers to manufacture what is needed can be a vital path around and behind the back of the western sanctions.